Is this a case of haters gonna hate? 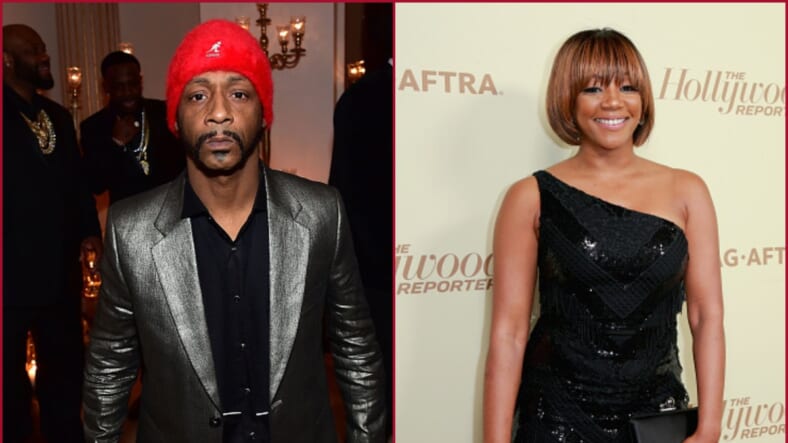 Last week, comedian Katt Williams‘ took a very pointed dig at fellow comic, Tiffany Haddish’s career. Now, both Haddish and her longtime friend Kevin Hart are sharing their thoughts on what Williams had to say.

On Friday, Williams stopped by V-103 in Atlanta and made what many felt were harsh statements about Haddish’s success as a comedian.

“You can’t tell me your favorite Tiffany Haddish joke. Why? Because she ain’t done a tour yet,” he said.

“She ain’t done a special, she has not proven the ability to tell jokes back to back for an hour to nobody. And they all ready to down Mo’Nique and up somebody who has shown them ‘Girls Trip.’ Do you think she wrote ‘Girls Trip,’ goofball? Or do you think that was already a script and they handed it to her.”

Later that same day Haddish chose to take the high road in response to the scathing critique.

“It’s official I made it!” she tweeted to her followers. “@KattPackAllDay talked about me and didn’t have his facts right! #Iwin #sheready I look forward to seeing you on Monday Katt, when we pick up our Emmys. I just want to shower you with REAL Love cause you need it, and I Love you.”

It’s official I made it!@KattPackAllDay talked about me and didn’t have his facts right! #Iwin #sheready I look forward to seeing you on Monday Katt, when we pick up our Emmys. I just want to shower you with REAL Love cause you need it, and I Love you ? https://t.co/WVOgZvwLZn

Many accused Williams of being mean spirited and short sighted.

“I don’t understand why we have to make everything a competition in the black community,” posted one fan. “Just celebrate your sister’s accomplishments @KattPackAllDay! Tiffany, thank you for sharing your story! You have inspired so many of us who suffered from childhood trauma! Keep winning!”

While others conceded he’d made some valid points, posting comments such as, “He was absolutely right. Rachetness and cooning seem to be the only type of comedy accepted in Hollywood”

Standing by your friend

Saturday, Hart chimed in on the debate about Tiffany Haddish and took to Instagram live to address Williams and anyone else who had an issue with his Night School co-star.

“I have to embrace my sister when other people are choosing to frown and make an attempt to sh*t on my sister’s bright light,” he said. “I choose to turn up the knob and make that light brighter…At the height of her career when most should applaud when most should celebrate, some choose to down.”

#PressPlay #KevinHart stands up for #TiffanyHaddish after #KattWilliams blasts her during an interview with #Wanda #Thoughts? (Swipe Left)