Stay tuned: Marvel has a ‘Killmonger’ comic book mini-series in the works

This will debut just in time for the holidays. 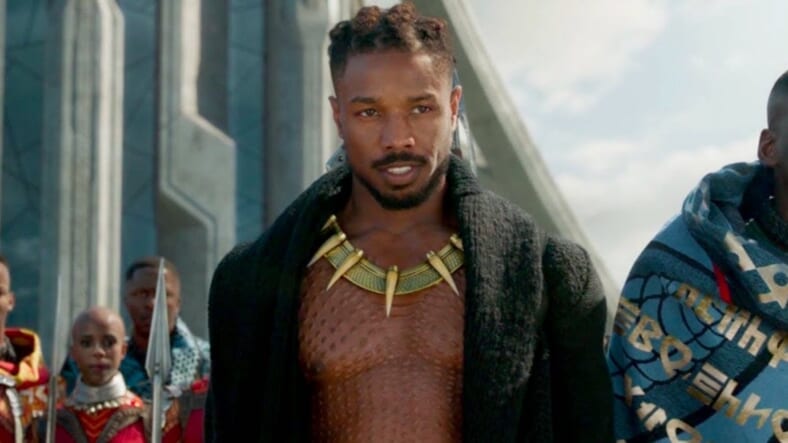 Earlier this year, fans all over the globe were introduced Erik Killmonger, the sympathetic villain in Black Panther.Now, there’s an upcoming series in the works based on the character brought to life by Michael B. Jordan.

The comic book mini-series will be written by Bryan Edward Hill with Juan Ferreyra serving as the lead artist and will reportedly chronicle the tale of a Wakandan who was exiled to the United States. Just like in the blockbuster film, over time, he becomes consumed by his bitterness, eventually evolving into a super-villain.

Monday, in an interview with Vulture, Hill opened up about how Black Panther inspired the new series.

“With Erik, I feel like it’s really a tragedy. It’s a story of a guy who was failed a lot by Wakanda in certain ways, by the people he met outside of Wakanda, by his own conscience in other ways, and I wanted to paint a portrait of that,” he said.

Hill also discussed how he wanted to expand on the significance of the final battle scene between Killmonger (played by Jordan) and the Black Panther (played by Chadwick Boseman.)

“To me the iconic fight between Erik Killmonger and T’Challa is tragic. It’s something that shouldn’t happen. It’s a conflict that’s born from a tragic misunderstanding and a young man who was violently taken from his home,” he explained.

“He grew up in exile and had only his anger to nurture him. So by the time we get to the event of the waterfall [fight between Killmonger and T’Challa in Don McGregor’s run], it doesn’t read hero and villain to me as much as, the world failed. I wanted to explore it from that context, and I wanted to explore the thoughts and the feelings of a person exiled from his homeland, from his belief system, who’s using revenge as a guiding light.”

Hill also noted that the series will delve deeper into the “Wakandan spiritualism and how [Killmonger is] wrestling with what he desires in the moment.”

“Hopefully readers will get to see new dimensions of the character, and the story will take them into pretty unexpected places,” he added.

Killmonger is slated to be released sometime in December 2018.

Killmonger from "Black Panther" is getting his own solo comic book mini-series ? pic.twitter.com/VS6fTRNcSK