Is Delta Airlines complicit in the latest 'flying while black' incident 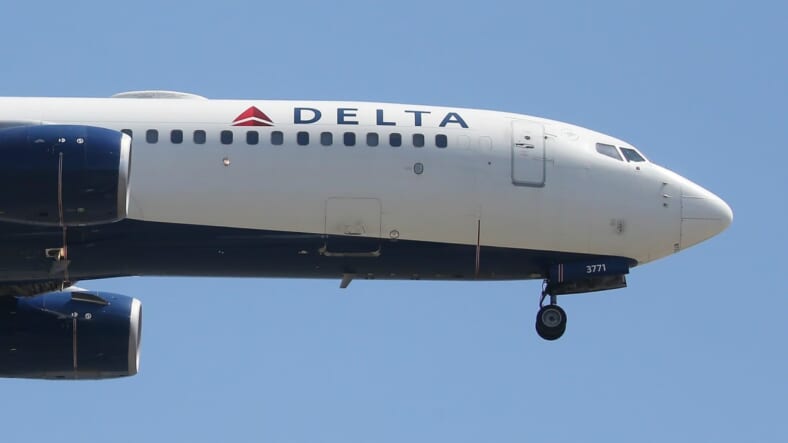 In the latest of a string of racially charged air travel incidents, Delta Airlines has issued an apology to a black female passenger after one of their employees — now nicknamed ‘Baggage Claim Becky’ — called the police on her during an argument over damaged luggage.

“We apologize to this customer for her experience in the Boston baggage service office and Delta is in contact with her to better understand what transpired,” A spokesperson said in a statement. “We take situations like these seriously and we are working directly with this customer to use this as an opportunity to learn from her experience and improve on future customer interactions.”

On August 24th, after traveling from Kentucky to Massachusetts, the passenger, identified only as “Arlene” due to privacy reasons, noticed that her suitcase was ripped in several places, and decided to file a baggage claim at Boston Logan International Airport.

“I was told that damage happens to suitcases, which I understand, but I wanted to report it anyway,” Arlene told Yahoo Lifestyle. “But it didn’t seem like anyone was taking me seriously.”

While waiting for a manager, Arlene claims she noticed some Delta employees sneering in her direction. “I was on the phone with my friend and mentioned they were talking about me,” she says. “Then one told me, ‘No one is talking about you. You’re out of your mind.’”

Arlene says she responded, “Can you please stop talking to me? You’re not a manager and you’re being disrespectful.” When the manager finally arrived, Arlene reported the employees’ behavior to him, which he “dismissed” while filing her claim.

Hi there. I am so very sorry to hear that this kind happened to you. Rude behavior of any kind isn't tolerated by our employees, no matter who they are. I will definitely forward your feedback over to the appropriate desk for further review. *HSH

When Arlene approached the Delta employee, later identified as Teddra Hegel, for the manager’s name to include in a customer service complaint, the situation escalated as the two women argued over getting the manager’s name. When Hegel realized the incident was being caught in a video, she calls for the State Police.

“I do feel like the situation was racial,” Arlene explains. “If a white person calls the police on a black person, it can end badly. If I were white, she may not have called.”

“I would like to know why she called the police,” she says. “Company diversity training is needed.”