“Why U So Mad, Tammy?” Wale joins chorus of Black Twitter in clap back on Tomi Lahren 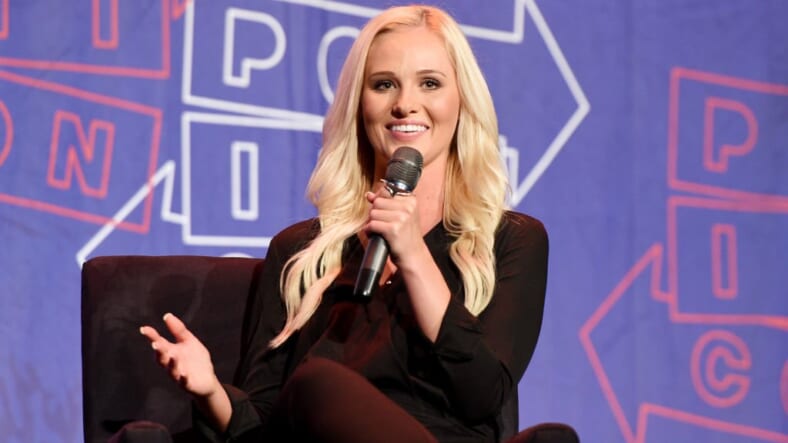 Fox News’ resident parrot Tomi Lahren opened herself up to the wrath of Black Twitter when she foolishly tweeted that Michelle Obama should “sit down.”

Among those piling on the infamous political commentator is rapper Wale. The Washington, D.C. based MC has a bit of a history with clapping back at Tammy…errr, Tomi. In 2017, he even name-dropped (albeit the wrong name) the conservative talking head on his song “Smile” Peep the song and lyrics below:

Some back baby mommas hate us

We only learn half of the drama, other side crazy

Maybe I should meet Tammy Lahren, I’ll Lauryn Hill her

Prolly hate the color of my face

Earlier this year, Lahren decided to attack Jay-Z for daring to criticize Trump:

As opposed to you who raps about bitches and sisters and brags about selling crack. Yeah…Trump is the problem…sure. pic.twitter.com/tjq4r0rDN3

Wale checked in again, pointing out that Lahren, who has admitted to benefiting from  ObamaCare, which she claims to hate, had just been caught on Twitter rapping along to 21 Savage.

“Tammy he isn’t the president,” He tweeted. “Also weren’t you just “rapping” 21 Savage??? Go and sit down my friend.”

So when Lahren  piped in to tell Michelle Obama to do the same, Wale was there with a quickness to pose one simple question.

Tammy when we stand ..u mad.. when we kneel u mad… why u so mad Tammy? https://t.co/aqmdB5euPJ

That is a good question? Why is she so mad?

READ MORE:  Tomi Lahren tries to come for Michelle Obama but Black Twitter’s not having it

Whatever the case, whenever “Tammy” akaa Tomi peeks her head out of the shadows, it seems Wale and Black Twitter are right there to gather her up.