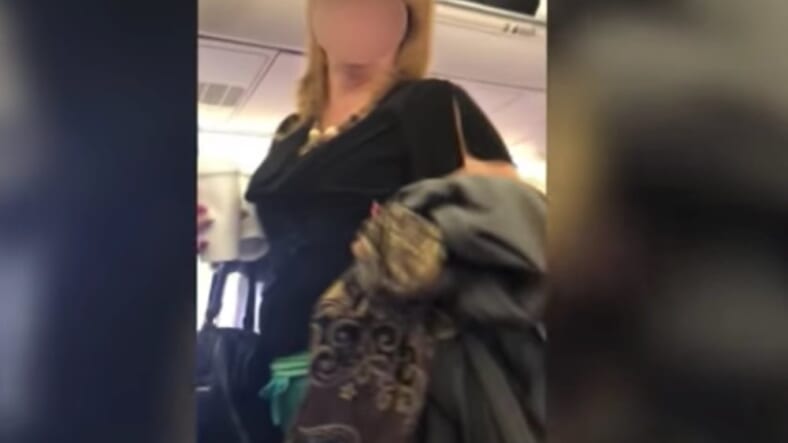 In the latest #FlyingWhileBlack incident to go viral, an irate passenger’s racist rant got her kicked off a Southwest Airlines flight from Chicago to Houston.

On Sunday, video footage surfaced online showed the angry passenger call a flight attendant a “N*****” for simply asking the woman to raise her tray table so the airplane could take-off.

The woman then launched into a racist tirade, cursing out the flight crew and hurling racial slurs, which held up the plane’s flight for an hour, the Daily Mail reports

Once the woman was escorted off the airplane and delivered to law enforcement, customers cheered.

Southwest Airlines released this statement saying the woman was non-compliant with following the directives given.

“The customer became unruly and verbally abusive toward our flight attendants, and the decision was made to return to the gate to deplane the Customer, where she was met by local law enforcement officers.

“Our employees handled the situation professionally with grace and class, and we do not condone or tolerate such profane and unruly behavior on board our aircraft.

“Once the customer deplaned the aircraft, the flight resumed to Houston Hobby, arriving about an hour later than originally scheduled.”

Hopefully it will only be a matter of time before the racist woman’s identity is uncovered by Black Twitter.