WATCH: There’s so much drama in the EXPLOSIVE trailer for ‘Real Housewives of Atlanta’

Buckle up for a wild ride on the eleventh season of the hit show. 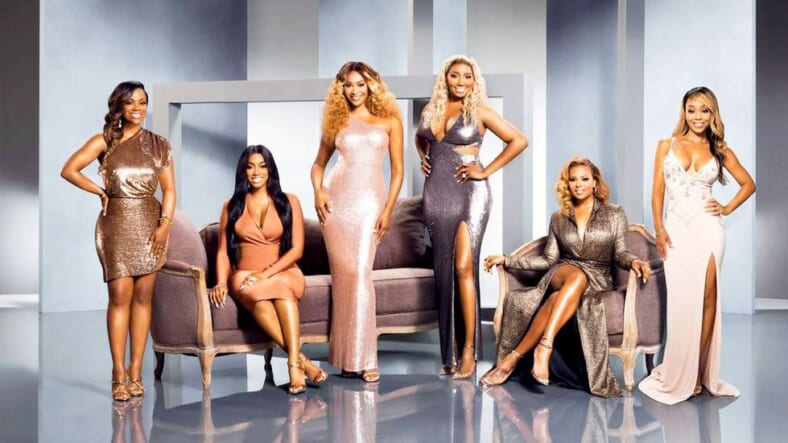 The Real Housewives of Atlanta is returning for an eleventh season and it looks like the ladies are serving up even more drama than usual.

Based on the explosive trailer that was released this week, fans of the show should be bracing themselves for some serious curveballs. The short clip shows Porsha Williams sharing her pregnancy news with the other women while some are worried that her new man, Dennis McKinley is trouble.

Kandi Burruss can be heard calling him a “dog” and it looks like she’s not the only one with some concerns about Porsha’s fiancee.

Nene Leakes is going through a lot due to her husband’s cancer diagnosis and it’s clear it won’t be easy to watch the couple struggle through this scary time. The trailer shows the pair at a doctor’s appointment with nene wondering about the severity of his illness. “The type of cancer that Gregg has, is it beatable?” We will have to wait to find out.

Meanwhile, Eva Marcille has been bumped up to full-fledged cast member and she’s going full-diva when it comes to planning her wedding to Michael K. Sterling. It looks like she may not be the only one heading down the aisle. Cynthia Bailey says she may be getting married “soon” which is a huge shift from last season when she was glad to be playing the field and doubted she would ever want to tie the knot again.

There’s a new lady on the block and she looks like quite the firecracker. You may remember Shamari Devoe as a member of R&B group, Blaque. Now, she is married to New Edition’s Ronnie DeVoe, and it looks like she’s more than ready for her time in the spotlight.

Check out the explosive trailer:

The Real Housewives of Atlanta returns to Bravo on