EXCLUSIVE: Kim Kimble on dealing with divas: ‘If you disrespect me, I’m out’ 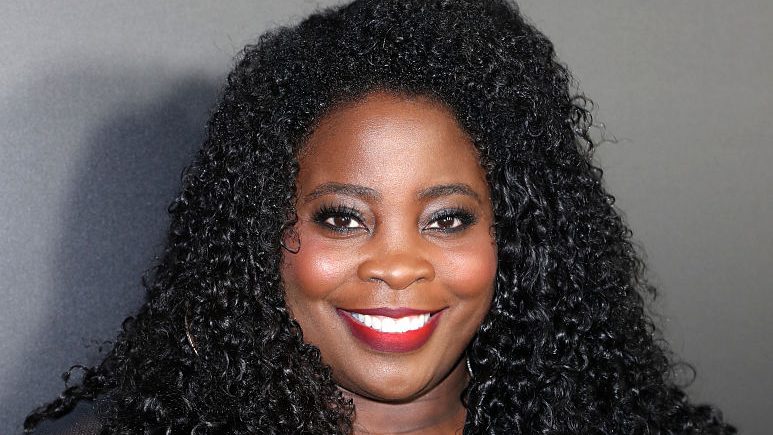 (Photo by Jonathan Leibson/Getty Images for WE tv)

Kim Kimble is one of the most sought-after celebrity hairstylists in the game and she shows no signs of slowing down soon. The former star of L.A. Hair who has perfected the tresses of some of the industry’s biggest names including Beyonce, Sanaa Lathan, and Nicki Minaj chatted with TheGrio about dealing with divas, the right ways to wear a wig and even shared some insight on the hottest hair trends for Fall.

“It’s neon season. I think neon colors are great for the younger crowd. Kim Kardashian has been rocking it too. It’s a new, interesting, trend. It’s not for every woman but it is the hot new thing these days,” she says. “It’s not new, but it’s popular right now, especially because so many folks are wearing wigs. I would love to see some girls with natural hair with neon hair. I’m all about creativity and fun. Color is a big deal for me and I love all kinds of color.”

Kim Kimble is no stranger to trend-setting and her work is frequently replicated.

“We did neon hair for Nicki when she did some music videos. Not recently, because you know I’m not with her anymore,” she added.

EXCLUSIVE: Kim Kimble On The #BlackGirlMagic Behind ‘A Wrinkle In Time’

With so many celebrities clamoring for a seat in her chair, it’s no wonder she’s adamant about keeping things professional and respectful when it comes to her work, even when she’s forced to deal with difficult divas.

“I come from a place of understanding and I have morals. I have accountability because I feel like I am a child of God and I cannot allow myself to act a certain way and I can’t let someone else make me act that way. If it gets to a point where someone is just disrespectful and abusive then, I’m out. I’m done and I’m not coming back because I don’t need to take abuse,” she explains.

“I do realize that they are under a lot of pressure. Social media has changed the game. There’s a lot of pressure to deliver. You ask for something big and you don’t always realize what you’re asking for so I see that and I know that they are stressed. They are competing with other people. They don’t have a lot of time for themselves and it’s a real hustle. The bigger they are, the more demand there is for them and the more people there are trying to take advantage of them.”

Although Kimble is known for her even-temper, some fans were shocked when she clapped back at a diss from Tokyo Stylez a couple months back. Stylez took aim at Nicki Minaj‘s VMA’s ponytail in response to someone criticizing Cardi B‘s pixie cut and Kim wasn’t having any of it.

“Instagram doesn’t create licensed or professional hairdressers. We all get negative comments sometimes, but why try to drag someone else into it when we can support each other? Sending positive vibes and support to licensed hairstylists,” she responded.

“Normally I don’t even respond. I responded that time because there were a couple of issues there. People use social media in a very negative way. What happened was, he used to do Nicki and now he does Cardi. Somebody said something bad about Cardi B’s hair and then he threw Nicki’s hair into it, which not only attacked Nicki, but also attacked me. This is someone who started off in the industry mimicking Beyonce’s hair. He’s not even a licensed hairstylist so I felt the need to make a statement,” Kimble explains.

“Listen, I was being very politically correct and I wasn’t nasty about it. I basically said ‘Why would you involve ( and this is someone who is always smiling in my face) Be clear, you’re also attacking me. You’ve mimicked stuff I have done for years and as a respect thing you’re not even a licensed hairstylist, you don’t get to comment on my work like that without me reminding you, don’t do that. Don’t bring me into it. I don’t do that to you so don’t do that to me. I was trying to put him in check. I’m kind of tired of people hiding behind social media and using it as a place to slam people.”

“At least I have taken the time to appreciate the industry and become a licensed professional and learn the craft. I’m not just popular because I have been posting the work other people have done and using it to get famous off on without credentials. They’re running around doing people’s hair as if they have the credentials to do it. I’m not knocking the hustle. I’m not mad at that. But you don’t knock me and I wont knock you,” she continues. “Just remember that you copied a lot of stuff that I have done. Show me some respect. It was wrong. To be honest with you, I didn’t know it was going to get that much attention.”

Twitter scuffles aside, Kimble has tons of projects on the horizon, including new products for her Kim Kimble Professional line on HSN and a reality competition show in the works.

“It hasn’t been green-lit as of yet but it’s in development. They’re still waiting to make the final decision but we are very excited about the show. It’s kind of like Top Chef or America’s Next Top Model. It’s me mentoring other stylists and helping to nurture the next celebrity hairstylists,” she says of the series.

Want more good news? Kim Kimble is working on a wig line that would make it much easier for the average woman to get a quality wig.

“Wigs are making a huge impact. You can do anything with them. People are more into protective styles, protective tools, and wigs help with that. People are into taking care of their hair no matter what. Wigs protect your hair and you can do color, cuts, and women really love to switch it up. Sticking to one style is over. People are constantly changing their hair, especially the millennials. Even natural hair girls are changing up their style way more frequently, adding colors, and wearing wigs,” she says.

“I have been developing ready-made wigs. We will probably show them off on Instagram and then have them available to order on the website. Once we start the readymade line, the wigs will be more affordable.”

While wearing wigs used to be reserved for celebrities with tons of cash, Kimble says a few simple rules can help anyone rock a wig the right way.

“I’m not really a fan of synthetic wigs. They look shiny and you can spot them really easily. Not all of them are bad, for the most part, they don’t last very long. A good wig is important because it can last you a long time and save you money in the long run. You don’t want spend less than $500 for a wig. The price ranges up to $2500.  Most of it is about the quality of the hair and that makes a huge difference. Even synthetic wigs are $200-$500,” she says.

“You have to wash a wig correctly because if you don’t, it can cause it to matte and tangle and cause long term damage. People should bring their wigs into a stylist to be washed and cared for. We have a whole system here for washing wigs. It keeps the hair in great shape and we even have a wig dryer.”

And, if you have been inspired by stars like Michaela Cole, Sanaa Lathan, and Tamar Braxton going bald, there’s an added benefit to going bare.

“I love when people take chances and step out and do something different. Hair is great but hair doesn’t make you. You’re the person first. I love when people have confidence. To me, when you cut your hair it means you have a lot of confidence. It can be a spiritual thing sometimes,” she says. “As long as we got wigs, it don’t matter. Bald heads work much better for wigs and are them look more natural.”