Find out how long she's known her new hubby. 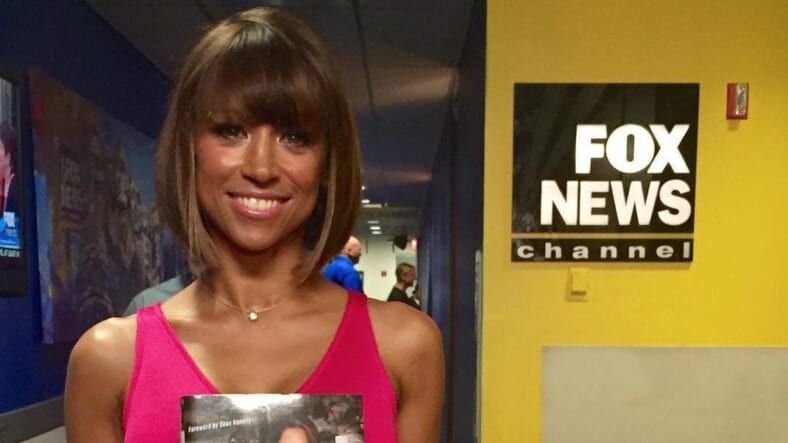 Looks like former Fox News contributor Stacey Dash is now a MRS. for the fourth time.

Stacey Dash had a quickie marriage to a man who was cut from the same controversial cloth and incites reactions on social media, just like his new wife.

Page Six reports that the “Clueless” actress and Donald Trump ally married conservative lawyer Jeffrey Marty, who is said to have created a fake politician named Rep. Steven Smith of Georgia, and turned him into the first “congressman” to support Trump. The fictitious rep was known for stirring up a raucous on social media.

Dash unexpectedly pulled out of the race for Congress in California back in April. While most thought she was shaking in her boots after social media rallied for Compton’s youngest mayor Aja Brown to run against her, it seems like Dash had other plans on the horizon.

A few days after calling off her political campaign, Dash reportedly married Marty, who was once a member of the Tea Party movement, in Florida on April 6; a man she had supposedly only met just 10 days before. Marty lives in Florida while Dash resides in Los Angeles, so the couple already faces a huge challenge in the success of their marriage.

“They wanted it on the D.L. [down low],” said Dash’s manager Kerry Jones.

This is reportedly Stacey Dash’s fourth time down the aisle. This time it seems she shares a kinship with Marty. Two years ago, he told a reporter a weird set of conspiracy based lies in the same vein that Dash is known for these days.

“There are a lot of people that have died mysteriously around [Hillary Clinton]. When they were supposed to testify against her — three or four different people. Within a week,” Marty said.

Stacey Dash Is Off Her Rocker & The Market: Wifed Up by Jeffrey Marty https://t.co/mjm11HPDC1 pic.twitter.com/A8jh3f2T0H

After pulling out of the political race in April 2018, Dash released the following statement:

“After much prayer, introspection and discussions with my family, I am withdrawing my candidacy for California’s 44th Congressional District,” Dash said in an email statement to CNN.

Dash filed the paperwork to run for the California’s 44th district which includes Compton, North Long Beach, San Pedro, and Watts. The district has long been represented by a Democrat, while Dash is a staunch Republican.