The mayor of Bryant, Ark., wants to get rid of a group that gives a twerk-filled event because she thinks it's "pornographic." A political opponent thinks she's being bigoted 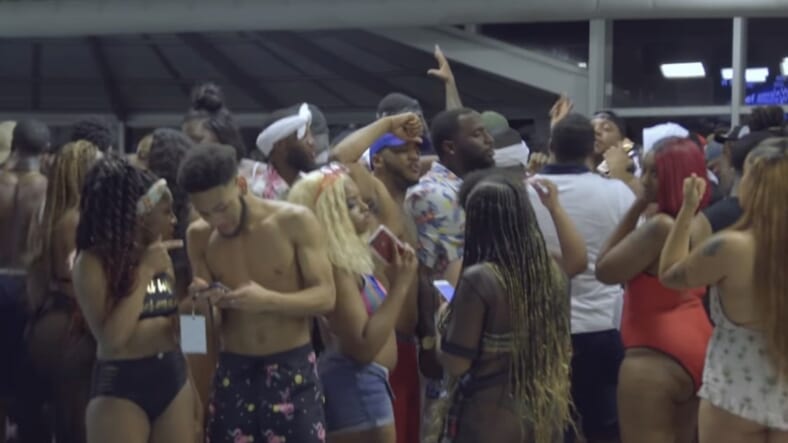 There’s no law on the books that says that twerking is forbidden.

But tell that to a white Arkansas mayor who framed the dance move as “pornographic” and banned a group of black people from hosting pool parties at a local recreation facility after seeing a video of people shaking what their mommas gave them, the Arkansas Times reports.

“For the second time this summer a group of individuals has rented our pools, brought their own security detail, charged admission for an adult party and then posted pornographic videos on social media indicating that this pornographic behavior is happening in our facilities,” Dabbs said.

“There is debate whether this crude and nude dancing was actually in our park or just made to look like it was,” Dabbs added. “But none the less I am demanding we don’t rent to these individuals again.”

A former alderman Danny Steele believes Dabbs outrage is simply because the group is black, not because of the twerking. He filed a Freedom of Information Act lawsuit in Saline Circuit Court earlier this week and is requesting the records of previous race complaints from employees against the mayor as proof.

According to reports, the city has been withholding reports about complaints lodged against Dabbs. The parks director, Treat, made serious allegations about Dabbs and how she has treated him and the black party-goers who rented the city parks building.

Videos from the event, known as “Nick’s Pool Party,” circulated heavily on social media with black women primarily dancing with the video slowed down to emphasis their butts shaking and twerking while Cardi B’s I Like It plays in the background. The event had its own DJ and party-goers had to pay for entry.

The video is not unlike those taken of Miami spring break partiers, a largely white crowd, who typically go unbothered in public spaces.

No violence was reported, yet Dabbs met with Treat and the police chief and ordered them not to make any positive statements about the event.

Treat filed a complaint and is included in the lawsuit. He criticized Dabbs for trying to micromanage his job.

“I felt coerced into making a statement that met the Mayor, Police Chief, and, Staff Attorneys version of the events not my own,” he wrote. “In my opinion they over responded to the event because the event was attended by African Americans. The Mayor is working on adding Parks Department Policies to keep these kinds of events from happening again [and] I’m concerned that her new policies will be discriminatory in nature.”

He continued, “I have experienced working under difficult administrative circumstances before, but nothing in my past personal or professional experience prepared me for the dehumanizing, chaotic, dishonest, unprofessional and often times downright hostile culture of the Dabbs administration.”

Watch the clip below. Did they go too far?