Domestic Violence Awareness: 7 signs you may be suffering from PTSD and how to get help 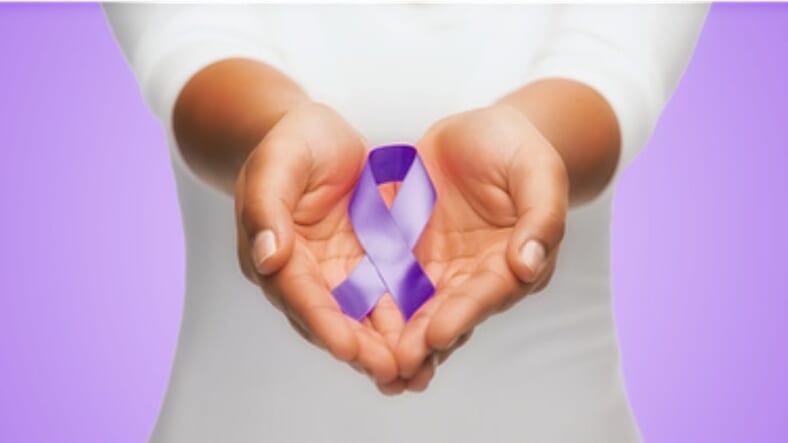 It may happen once or it could take place over the course of several years, but  the psychological impacts can last a lifetime. Domestic violence is a reality for more than 12 million men and women in the United States annually, according to the National Domestic Violence Hotline. This translates to about 24 people every minute.

Escaping the situation is often only half the battle. Once you get away from your abuser, 9% of people still have to deal with the consequences of being exposed to trauma. Dr. Lesia Ruglass, a clinical psychologist and associate professor at Rutgers University, says these victims are diagnosed with Post Traumatic Stress Disorder, or PTSD, a mental health condition quite often associated with veterans.

PTSD can, in fact, develop after experiencing or witnessing a major life-threatening event, like war or sexual assault.  PTSD sometimes prevents a survivor from living life to the fullest potential because he or she is in constant fear. The person may worry about facing an abuser again, fending off another attack or bringing shame to his or herself.

“For women, there is a lot of self-blame that prevents them from moving forward with treatment,” said Ruglass. “A lot has to be done around reducing stigma and increasing access to help.”

Let’s be clear, not every person who experiences trauma will develop PTSD. Ruglass says it often depends on risk and protective factors such as how severe the trauma was or whether the person received emotional support during or after the traumatic event.

October is Domestic Violence Awareness month. Here are seven signs for those who aren’t completely sure if they or a friend is suffering from the debilitating effects of PTSD and the steps to take for a more peaceful life.

It can be difficult going about your daily routine if your surroundings are constantly reminding you of an unwanted memory. According to Dr. Adwoa Akhu, a licensed clinical psychologist, people can be triggered by things they are not consciously aware of, like scents. If the victim one day smells the cologne that his or her abuser wore, it could lead to an unpleasant flashback. The person may suddenly feel as though she/he is in the situation again, said Akhu.

Flashbacks can trigger sudden and angry outbursts in those suffering from PTSD. (Courtesy of Fotolia)

Some times those flashbacks can trigger angry outbursts.  Akhu believes the person may even become aggressive toward loved ones, which could, in turn, push family and friends away from a victim who needs social support the most.

People who are exposed to trauma try to avoid anything that reminds them of that painful time, said Ruglass, which can include people or places. Akhu adds that it is very important for people with PTSD to have a support system. 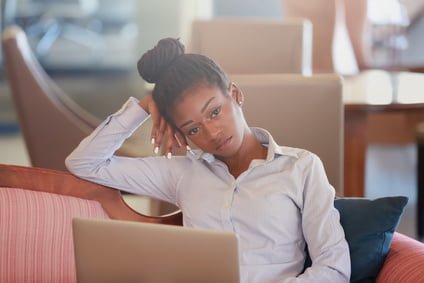 It’s important for people with PTSD to have a support system. (Courtesy of Fotolia)

“It’s often a challenge to have social support for people with PTSD because sometimes the spouse or partner isolates the victim from the rest of the family,” he said. Long after the abuse, victims may still choose to isolate themselves by staying away from family, friends and work when that network is critical to their recovery.

Experts say domestic abuse survivors may deal with depression. One way that people try to avoid the pain and sadness they feel is with substance abuse, suggests Ruglass. It is the body’s way of trying to cope when it’s in distress.

READ MORE: Domestic Violence Awareness: 5 things you should know to help someone in your life

Ruglass believes a traumatic event will often lead to victims altering how they perceive themselves, others and the world. 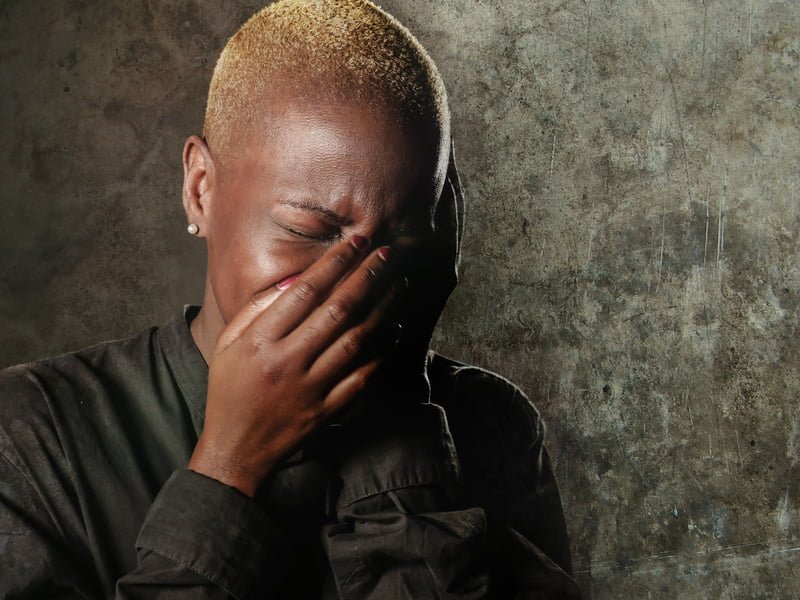 A traumatic event will often lead to victims to having a very low self worth. (Courtesy of Fotolia)

“They may feel shame or guilt. They may think the world is unsafe and no one can be trusted,” she said leaving them often with an inability to feel positive emotions.

“After a person escapes an abusive situation, he or she may still react as though they are still in harm’s way,” said Akhu. “They have this overwhelming need to protect themselves in situations that may not require that.” It can be extremely taxing on the mind and body to view the world as a threat.

The anxiety people with PTSD feel at times throughout the day can lead to nightmares. However, when the mind is still racing late at night, some may have difficulty falling asleep or staying asleep. Insomnia, can be a troubling reality for many suffering from PTSD. 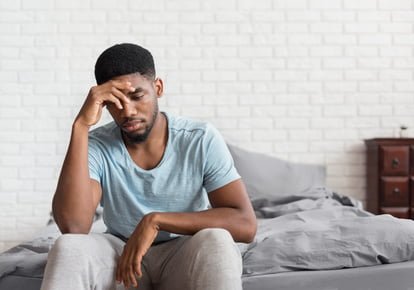 When the mind is still racing late at night, some who suffer from PTSD may have difficulty falling asleep or staying asleep. (Courtesy of Fotolia)

Now that you’ve discerned whether you or a loved one may be suffering in silence from PTSD, you can take the steps to get help. There are several types of therapy available. Most recently, Adku says more doctors are trying a new type of psychotherapy called Eye Movement Desensitization and Reprocessing, or EMDR. While therapy certainly helps, Ruglass points out that regular self-care is also important. That includes eating, sleeping and having a solid support system.

Crystal Cranmore-Matthews is an award-winning multimedia journalist with an extensive background in print, online and television news.