This isn't the first time a Kardashian has been slammed for the same word. 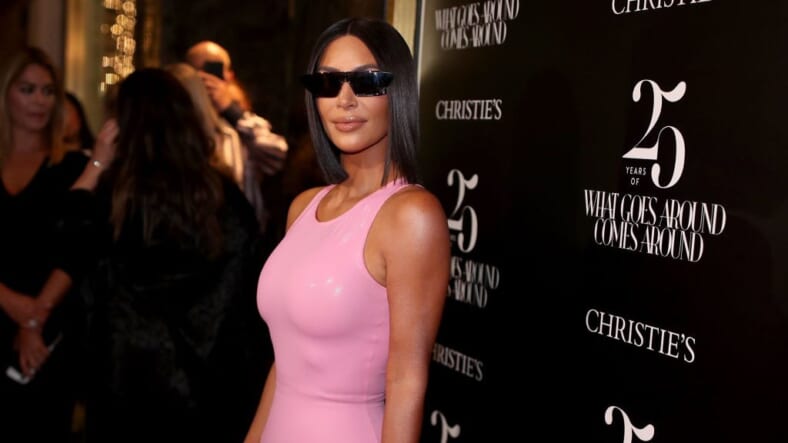 Kim Kardashian West faced some major backlash after she posted a video on social media showing her using a slur.

The reality star posted the video to complain about the fact that a few of her friends had a hard time guessing she was dressed as Pamela Anderson for Halloween.

“Okay guys, we are Pam Anderson and Tommy Lee,” she said in a video posted on her Instagram Story. “Nobody knows who we are here! You guys are all too f—ing young. This is so sad.”

In another video she is seen complaining about the fact that nobody seemed to understand she and her pal, Jonathan Cheban, were dressed as the infamous couple.

“Nobody knows who I am. Yeah! Retarded,” she said.

Several fans and critics reacted with fury to the offensive video and criticized her for being insensitive to people with special needs.

“So people that don’t know who you are for Halloween are retarded really!! Smh maybe you should spend time with people with disabilities that way you can show more empathy towards those that are special needs,” posted one follower.

@KimKardashian So people that don’t know who you are for Halloween are retarded really!! Smh maybe you should spend time with people with disabilities that way you can show more empathy towards those that are special needs

“I want to apologize for what I said in a recent video post that is inappropriate and insensitive to the special needs community,” she told Page Six in a statement. “I try to learn from my mistakes and this is one of those times. Please know that my intention is always pure, and in this case, it was a mistake. I’m sorry.”

This isn’t the first time a Kardashian has been slammed for using the r-word in a derogatory way.

Over the summer, Khloe Kardashian faced similar backlash when she posted an Instagram live stream that showed her using the word twice.

“Are you f—— retarded?” she asked her sister, Kourtney Kardashian, while trying to get their devices to stream.

Several fans took her to task for using the offensive word, prompting an apology on social media.

“Ugh I hate that word! Why did I even say that? You are a million percent right and I actually greatly dislike when people use that word! I will do better! I am sorry! much love today,” she posted.