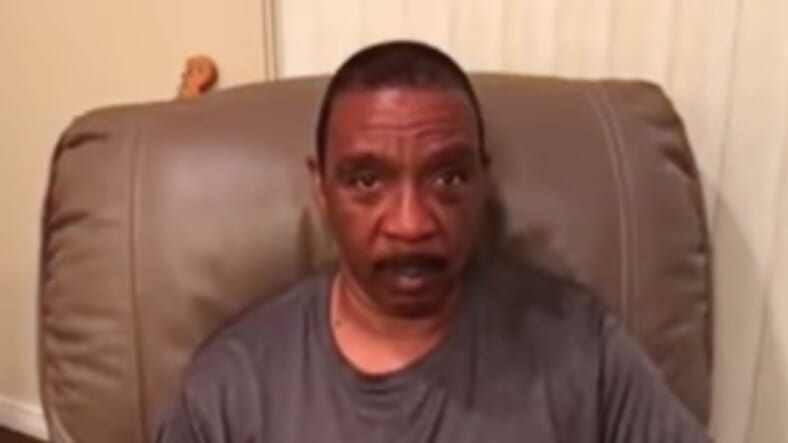 A California high school teacher who was arrested for fighting with one of his students is now out on bail due to the fundraising efforts of his supporters, reports CBS Los Angeles.

By Tuesday, over $81,000 had been raised on behalf of Marston Riley, the music teacher who was filmed getting into a physical altercation with a 14-year-old student at the alternative high school where he teaches.

According to the Los Angeles County Sheriff’s Department, the confrontation between Riley and the student occurred early Friday afternoon at Maywood Academy High School. In the footage, Riley is seen throwing punches with the teen boy as other children and a woman sporting a yellow safety vest attempt to intervene. Bystanders could also be seen recording the fight on their cellphones as it escalated.

Once school officials notified deputies of the fight, the 64-year-old was taken to the sheriff’s station for booking on suspicion of committing cruelty against a child. Officials say he was booked there on $50,000 bail, but the sheriff’s Inmate Information Center confirms he was released Saturday morning.

In the wake of his arrest, students are coming to Riley’s defense, claiming the 16-year old in the clip had hurled racist slurs at him, refused to leave the classroom and violently threw a basketball at Riley before the fight ensued.

The GoFundMe campaign set up for Riley was started by Cecilia Diaz, a Maywood resident who works for the school district and used to be employed by Maywood Academy. The GoFundMe’s original goal was to raise $50,000 for the educator, but has now surpassed that amount.

“These funds will be spent to lessen any burdens that Mr. Riley may endure during this process,” she wrote.

After being charged with child abuse, Riley filmed a 17-second video that was attached to the GoFundMe page on Sunday. In it he speaks publicly for the first time since Friday’s brawl to thank those who have contributed to the fund.

You can hear what he has to say, below.