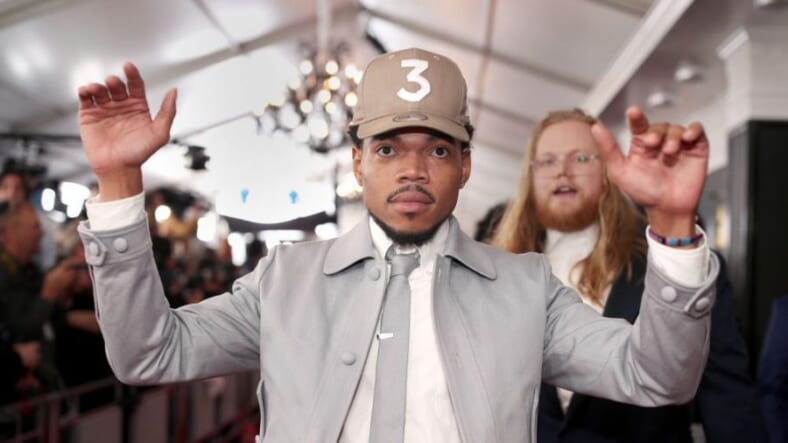 When it comes to his hometown, Chance the Rapper is the gift that keeps on giving.

This week, the Grammy Award-winning artist announced that he is hosting another fundraiser for mayoral candidate Amara Enyia mid-month at the historic old political den, Chicago Chop House.

Enyia is a resident of West Chicago and the daughter of two Nigerian immigrants. She is a lawyer, a doctor of psychology, an activist, an Ironman competitor, and in the midst of all that, also managed to attract some high profile fans along the way.

“Chance is on fire! He’s authentic,” said a campaign source, according to The Chicago Sun Times. “He knows he can’t fill the seat, but he can help pull up the seat. And he wants to do that for Amara Enyia.”

“Chance and Amara are a great team,” continued the source. “They both even chant together during campaign pull-ups at various street corners . . . and rap together. It’s quite an event.”

While the 25-year-old is donating quality time and the weight of his influence behind this campaign, fellow rapper/Chicagoan Kanye West has made a couple monetary donation to Enyia’s efforts.

“Let’s just say one never knows about Kanye,” the source said of West’s involvement.  “He’s unpredictable. He has a good heart and means well, but sometimes things get ahead of him.”

She also points out that she comes from a long legacy of activism. “From my great grandmother who initiated one of the largest uprisings against the British back in 1929, to my parents, who fought in Nigeria’s civil war because of the genocide that was taking place,” Enyia explains.

She also believes that growing up in a bicultural family while navigating such a vibrant – and at times tricky –  city like Chicago, quickly taught her to navigate different cultures and connect with just about anybody.

“That’s why my campaign is really just a reflection of the work I’ve spent my entire career doing,” Enyia says.

Kanye West has donated $126,460 to Democratic mayoral candidate Amara Enyia in his hometown of Chicago https://t.co/ySIMMuLceK