Critics call out Georgia First Lady for Stacey Abrams dig: ‘I really want a family in the mansion to take good care of it’ 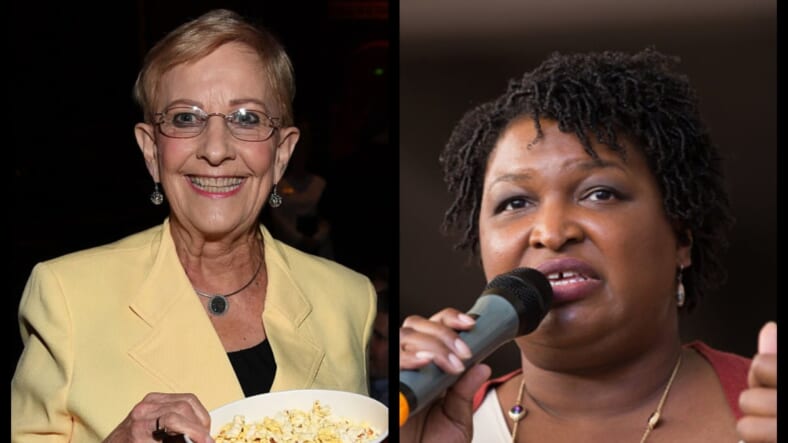 —OP-ED: After the Midterms: The fight has just begun—

“We are just so thankful for all of you who have supported Brian and his family,” Deal said at a watch party for Abrams’s Republican opponent Brian Kemp. “I really want a family in the mansion to take good care of it.”

However, Deal is facing backlash after many took that condescending statement as code for “stay in the field and out of the big house.”

“We see through her coded language,” one woman wrote on Twitter.

“I’m white and I heard that bullhorn,” a man replied.

“I’m white, vote Republican and even I heard that,” another voter chimed in. “Disgusting. I disagree with Abrams on just about everything, but she can take care of that house just fine by herself.”

First Lady Sandra Deal just spoke at Brian Kemp’s election watch party: “We are just so thankful for all of you who have supported Brian and his family. I really want a family in the mansion to take good care of it.” #ElectionOn2 pic.twitter.com/2WoQnonVsI

Sandra and her husband Gov. Nathan Deal were stumping for Kemp in Athens on November 6th when she made the coded racist and sexist remark.

Abrams continues the fight to get every vote counted in the Georgia gubernatorial race, it could make the difference and force a runoff on Dec. 4.

Kemp on the other hand has already declared a victory in the state and warned that today his team would start the transition to become governor, even as absentee ballots hang in the balance and need to be counted.

“Our opponent has had his office declare himself the victor and we do not accept that,” the Abrams campaign said in a phone call with reporters Wednesday evening.

“Based on counts released by the Secretary of State’s office, Brian Kemp’s margin is so large that the number of provisional ballots and overseas ballots will not change his Election Day victory,” Cody Hall, the Kemp campaign’s press secretary, had said in a statement earlier Wednesday.

“Simply put, it is mathematically impossible for Stacey Abrams to win or force a run-off election.”