Tiffany Haddish teams up with Lawry for a spicy, new project just in time for the holidays

The spicy Girls Trip star Tiffany Haddish who’s ready to turn up at every turn, has teamed up with Lawry’s seasoning to help people add a little flavor to their holiday dishes, The News-Journal reports.

Haddish and the iconic seasoning company are launching a special limited-edition Lawry’s Seasoned Salt bottle and it’s the first time a celebrity will appear on one of their bottles.

The partnership seems like a perfect pairing, given that Haddish brags about her special “Joyful Greens,” that includes a sprinkling of Lawry’s to give it flavor.

“I brought over one of my favorite homecooked dishes, Joyful Greens, to a party with some celebrity friends. I love to cook and have always used Lawry’s Seasoned Salt, especially in my greens. Everyone at the party loved it,” Haddish said.

“After Lawry’s saw me prepare it on TV, they sent me a personalized bottle with my name, photo and the ‘She Ready!’ tagline! Of course, I was excited to share, and everyone kept asking where to buy it.”

According to Lawry’s the limited-edition 16 oz. bottles are now available for purchase in limited quantities online via Amazon.com and Lawrys.com. The product will be sold as a two-pack for $13.50. 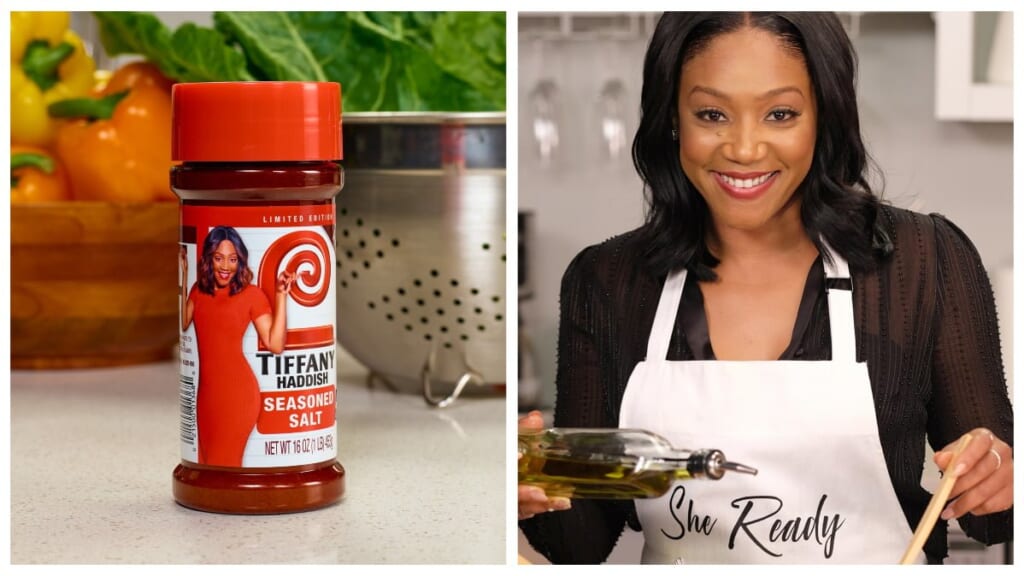 “We are thrilled to work with Tiffany Haddish for the first limited-edition Lawry’s Seasoned Salt! Her genuine love of the product and passion for cooking made the partnership a perfect match,” said Jill Pratt, vice president North America Marketing Excellence of McCormick & Company, Inc.

“After seeing her fans’ reactions asking to buy the very same one-of-a kind gift Tiffany received—we knew we had to create something special.”

READ MORE: VIDEO: Fed up mom dressed up as clown to embarrass son at school

Haddish is also featured on the Lawrys.com website demonstrating a few cooking tips and tricks using Lawry’s seasoning. She will also host a short cooking series on the site, which will include her personal recipes for Joyful Greens and a Cornish Hens. Haddish will also host “A Girls Night In” and “Ringing in the New Year,” series in December and January.