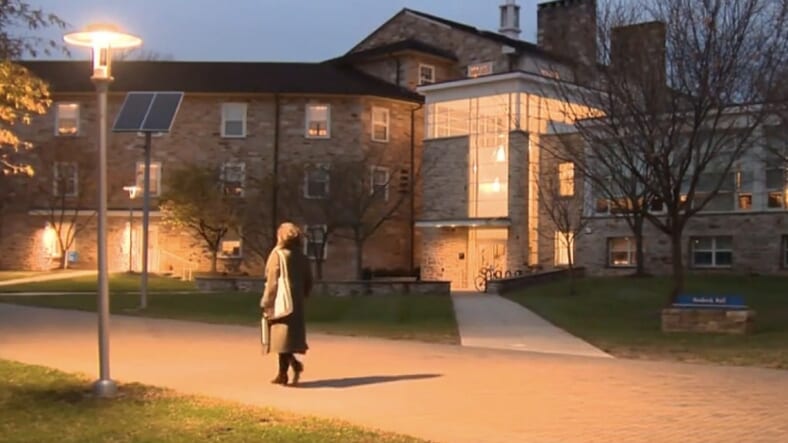 Students at Goucher College are demanding answers after a Nazi symbol and racist threats were found in a bathroom on the Towson, Md., campus.

According to the Baltimore Sun, Friday, over 100 Black students conducted what they are calling a “Black Out” to protest this latest incident of hate at the school.

On Wednesday, someone wrote “I’m gonna kill all n****s” on a wall, along with a Nazi swastika in a dorm bathroom. Reports confirm that the room numbers of students were also written in the bathroom targeting specific students.

The chilling threat sparked a daylong protest on Friday and room number 104 — one of the dorms singled out — was used as a battle cry for solidarity during the demonstrations.

CBS Baltimore reports that the bathroom where the graffiti was discovered is shared with three other dorms belonging to Black students and that the threat was discovered shortly before 11a.m.

“I thought it was a joke at first,” student Adam Jones said of his reaction to the police knocking on his door to do a safety check.

“The whole point of her knocking on the door was to make sure I wasn’t dead on the floor,” Jones explained. “It just kind of sunk in. Someone does want to kill me because of the color of my skin.”

READ MORE: Chipotle manager who was fired for asking Black men to prepay for food may get job back due to ‘dine and dash’ tweets

“I’ve seen white supremacy be tolerated. Now, students are angry. White supremacists are getting pretty bold now with Donald Trump as president,” student JaVaunte Neumann told the Baltimore Sun. “We are at the point where we can’t wait for the administration or Baltimore County Police.”