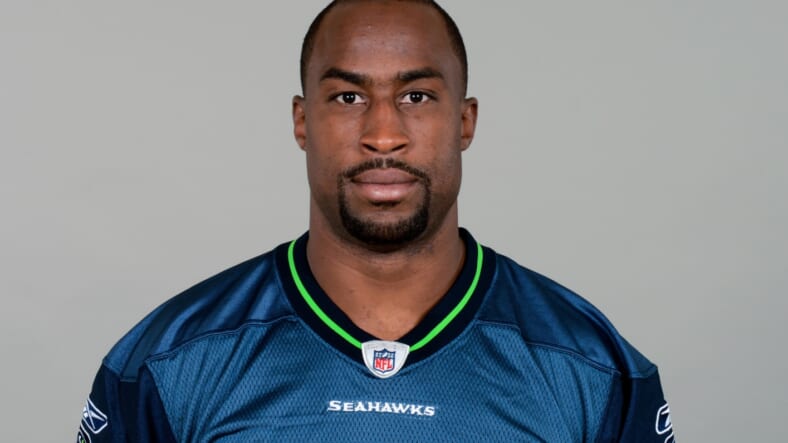 RENTON, WA- CIRCA 2011: In this handout image provided by the NFL, Brandon Browner of the Seattle Seahawks poses for his NFL headshot circa 2011 in Renton, Washington. (Photo by NFL via Getty Images)

Browner was charged in July for trying to kill Marin Foster, his ex-girlfriend and the mother of two of his children. She filed a protection order against him and outlined a vicious assault saying that he broke her tailbone, busted her eardrum, and gave her several black eyes.

READ MORE: Kevin Hart bringing some much-needed melanin to the Oscars as this year’s host

Foster also said Browner threatened to kill her, quoting him as saying, “Imma bust on you. Imma dangerous man.” He also reportedly tried to smother her in a carpet, according to a news release from the La Verne Police Department.

Browner pled guilty to the attempted murder charge in Los Angeles County Superior Court in Pomona which resulted in the eight year sentence, according to reports from TMZ and the Los Angeles Times.

In addition, Browner was charged with robbery, burglary, and false imprisonment, all felonies, as well as two misdemeanor counts of child endangerment, according to reports. In fact, this charge of attempted murder is just the latest in a slew of incidents that have resulted in at least five criminal cases involving Browner since October 2017.

TMZ reports that Browner plead no contest to one count of attempted murder and one count of willful child endangerment. His other charges of robbery, burglary, and false imprisonment were dropped by the district attorney in exchange for a guilty plea deal on the attempted murder charge, according to TMZ.

In June, Browner was sentenced to anger-management classes, 48 hours of community service and a 52-week domestic violence treatment program, but as of Tuesday, the judge also ordered he stay away from Foster and her two children for the next 10 years.

TMZ reports that Browner, who has been in jail since July, was however taken back into custody at the hearing. He was set to receive credit for 300 days for good behavior during the time he has already spent in jail.

Browner attended Oregon State and was a member of the famed “Legion of Boom” defensive backfield for the Seahawks during five seasons in the NFL.