Must be Nice: Beyoncé performs at pre-wedding concert for daughter of oil billionaire 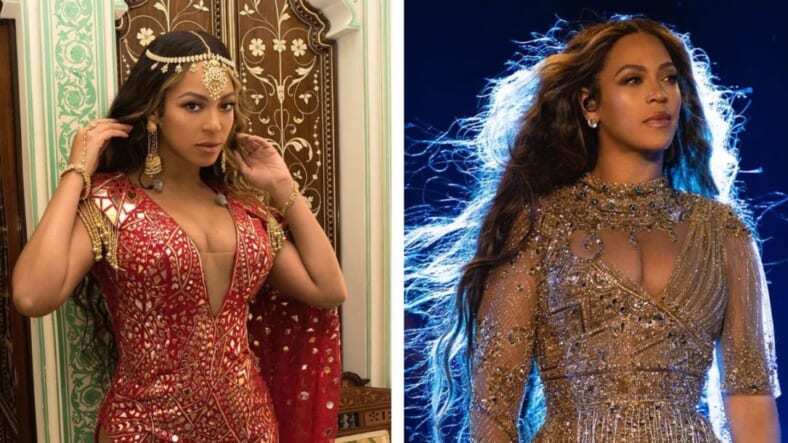 On Sunday, Beyoncé was flawless and glittering in gold onstage as she entertained guests at a private pre-wedding concert for the daughter of India’s richest person, Mukesh Ambani, according to The Hollywood Reporter.

Isha Ambani’s wedding was a star-studded affair, complete with no ordinary wedding singer. The Queen Bee graced the stage to sing some of her greatest hits which included “Crazy In Love,” “Naughty Girl” and “Perfect.”

The festivities took part in Udaipur, in Rajasthan at the upscale Oberoi Udaivilas hotel but the actual wedding is scheduled for Wednesday at Ambani’s ritzy mansion Antilla in Mumbai, which is reportedly one of the world’s most expensive private palaces at a billion bucks.

While not really known to us, Isha Ambani is marrying Anand Piramal, and they all are billionaires. His family runs the diversified Piramal group while her dad is head of a $42 billion fortune and runs the massive Reliance Industries conglomerate.

The Lemonade singer took to Instagram to show off her cultural attire and to give a little sneak peek of her onstage performance.

READ MORE: Family of Oscar Grant fights to get Fruitvale Station renamed in his honor

While we know that Bey likes to glam-up and is a fashion stunner, last week she made headlines at the Global Citizen Festival with Ed Sheeran because of their stark contrast of their outfits.
According to Yahoo, the pair performed their ‘Perfect’ duet from Ed’s Divide album to pay homage to Nelson Mandela but instead of focusing on their music, several fans were taken aback by their drastically different choice of attire.

“Ed Sheeran is a 27-year-old man the fact we’ve enabled him to feel it’s ok to dress like this at all, let alone next to Beyoncé really boils my piss,” tweeted a fan who goes by the handle @Shonfaye.

While Beyoncé is known for sporting flamboyant and over the top high fashion looks regardless of who is on stage, many agreed with the tweet’s overall message that the visual disparity between the two of them highlights what’s expected of women versus men in the industry.

“I get this,” posted one follower. “Even tho I appreciate good musicians in normal clothes the double standard is ridiculous… what is expected of female vs male artists.”

READ MORE: Dallas mom calls for the firing of school employee who called her son a monkey