TOO CUTE: Beyonce shares rare photos of twins Rumi and Sir on vacation

The snapshots were taken while the Carters were on a trip to South Asia. 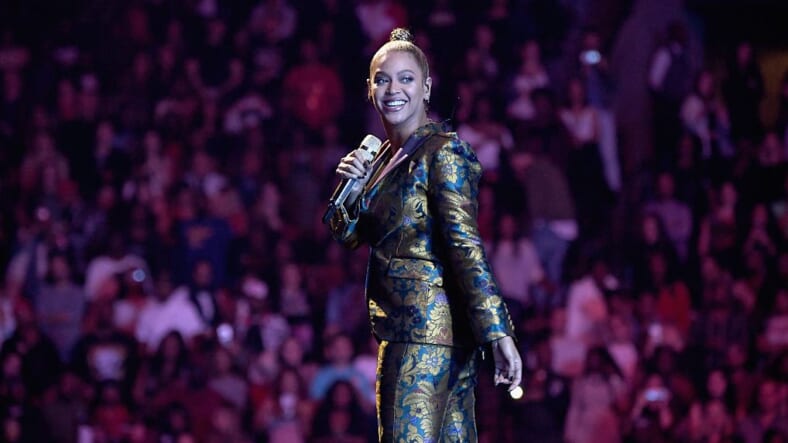 If you have been dying to catch another glimpse of Rumi and Sir Carter, Beyonce has answered your holiday wishes.

In a rare move, the superstar shared a could of snapshots of her adorable twins from a recent trip to India on her website on Thursday.

In one photo, Beyonce is seen holding her beautiful baby girl while on a gorgeous beach.

In another sweet snapshot, the 18-month-old twins are sitting in shallow water on the beach in matching white ensembles.

For the most part, Beyonce and her husband, Jay-Z have kept the twins out of the public eye since their birth, only sharing a handful of photos of the pair over the past year and a half.

The little ones and their big sister, Blue Ivy, joined their famous parents on their On The Run II tour earlier this year but are rarely captured by photographers.

Beyonce has been a busy bee since giving birth to the twins. Aside from her super-successful tour, she also headlined Coachella and recently took the stage at the Global Citizens Festival.

According to Billboard, Tuesday, Bey took to her Instagram page to gush over how happy and humbled she is by everyone involved in event headlined at the FNB stadium in Johannesburg, South Africa in honor of the Global Citizen Festival: Mandela 100.

The philanthropic event raised a whopping $7.1 billion for its efforts to help eliminate global poverty. And in her appreciation post, the megastar also included a beautifully produced video montage of her strutting on stage in various colorful designer outfits alongside backup dancers and other chart-topping acts like Ed Sheeran and her husband Jay-Z.