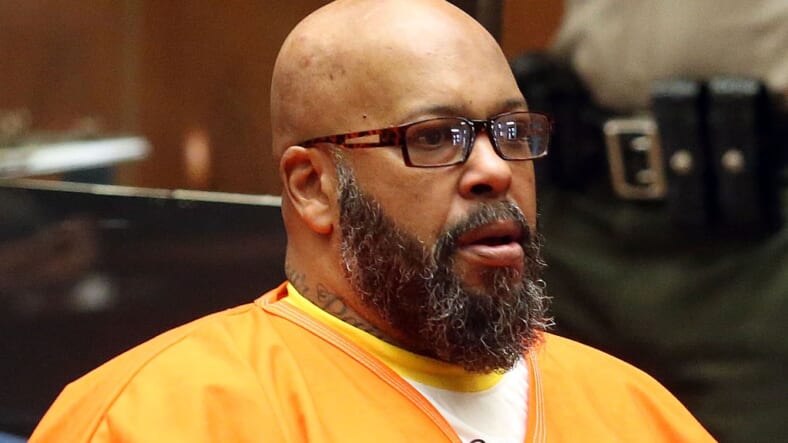 Before Marion “Suge” Knight was sentenced to 28 years in prison in October for a hit-and-run death, he ponders what might have been across the rap industry if rappers “were friends” instead of intent on “destroying each other.” In American Dream/American Knightmare, a new documentary on Knight from director Antoine Fuqua, the rap mogul takes a look back at his life and discusses how he rose to the top before it all went downhill.

Premiering on Showtime, the flick includes in-depth interviews with Knight in 2011 and 2012, in which he details a life of power, violence and money as the founder of Death Row Records. Fuqua, who directed Training Day and Southpaw, gives Knight free reign to address his life story in the manner in which he wishes to address it – which comes across at times as self-serving but also serves as a “cautionary tale” for people in the rap game or hoping to one day become rap royalty.

READ MORE: CALL IN THE NAVY: Rihanna confirms new album will drop in 2019

A high school and college defensive lineman, Knight talks about the street code by which he operated, yet in the film, he comes shy of discussing the extent of his involvement in violent acts, according to CNN. In September, Knight pled guilty to voluntary manslaughter in the hit and run death of Terry Carter in Compton three years ago. Knight agreed to serve 28 years in jail, 22 years on the manslaughter charge and six years in a third strike violation.

As a label, Death Row was a heavy hitter in the early 1990s, dropping hits that expressed anger toward the police and captured the civil unrest that was pervasive in Los Angeles after the not-guilty Rodney King verdicts. Pondering that time period, and the height of success that his label experienced, Knight said in the film “as men from the ghetto, we all failed.”

Fuqua takes a laid back approach to the film, allowing Knight to tell his version of events as he witnessed and lived through them. This includes a far-fetched revelation that Tupac Shakur spoke of faking his own death mere weeks before he was gunned down while driving in a SUV with Knight in 1996 and how he and Pac allegedly were jacked up by police in the critical moments after Pac was shot.

One thing is undeniable though, Knight still has huge kahunas. Although introspective at times in the documentary, you still see glimpses of his legendary and oftentimes intimidating swagger that framed his success. He said he warned his rivals that he was not someone to be messed with – and if they didn’t adhere to his warning, he could prove to them he was, as he puts it, “a serious beast.”