A Chicago mayoral hopeful wants to rename the Dan Ryan Expressway for the former president, but the namesake's family says not so fast 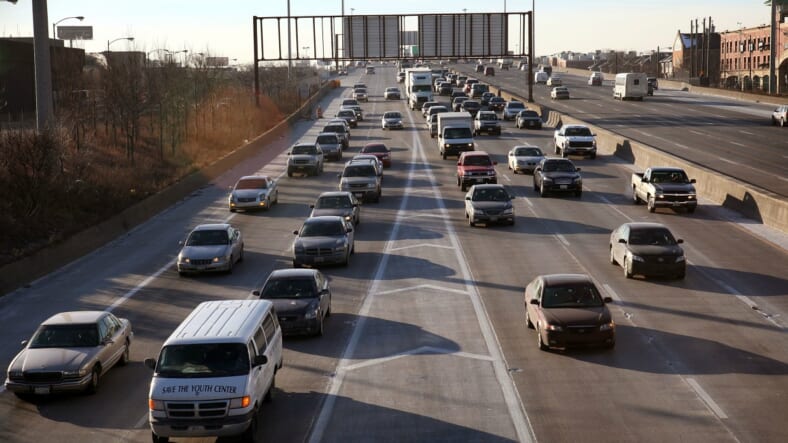 As of late it seems that everybody’s jumping on the bandwagon to name a highway after our the 44th president.

Last week the President Barack H. Obama Highway was designated along a strip of a Los Angeles-area road. It could also happen in his stomping ground of Chicago, after mayoral hopeful Bill Daley suggested that the Dan Ryan Expressway, also designated as Interstate 90/94, be renamed to honor Obama, WLS-TV reports.

“Why would you take an honor away from one man to honor another?” asked Daniel B. Ryan III, 69, his grandson. “Our family has been honored by this for 56 years, and we’d like to keep it that way.”

The expressway, which runs from the area near the University of Chicago and through the South Side, was named after Dan Ryan, an ex-Cook County, Ill., board president.

Daley, who is the brother of former Chicago Mayor Richard M. Daley and the son of former Mayor Richard J. Daley maintains that Obama’s contributions to Chicago as a South Side community organizer, should result in a highway named in his honor.

But Ryan III believes that Daley’s suggestion is a ploy to pull in Obama’s base of voters as Daly runs for the mayor seat, according to the outlet.

Ryan III said while he too supports the former President, he doesn’t believe the name change is appropriate.

“You don’t change something just to change it,” Ryan III said.

Obama’s been shining and living his best life this year and even gets honored with California asphalt.

Signs for the stretch of highway on the 134 Freeway from State Route 2 in Glendale to Interstate 210 in Pasadena were installed last week named the President Barack H. Obama highway.