Omar Segura says a California officer told him he wasn't welcome to sell security systems on his doorstep, but the gunplay was racially motivated 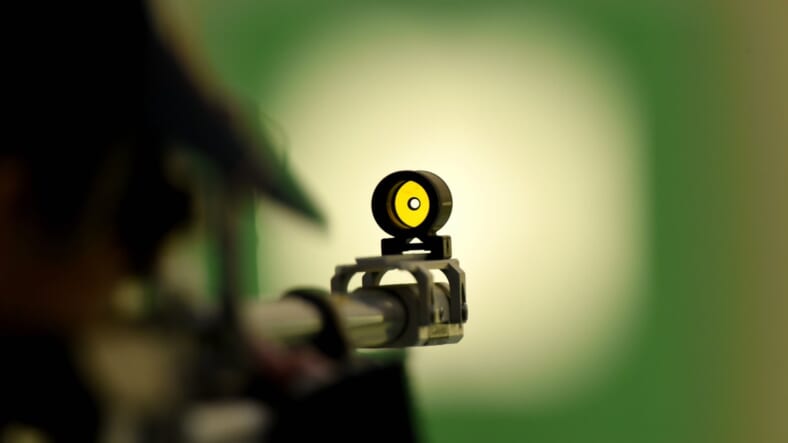 A black man on the job as a door-to-door salesman testified Wednesday that a cop stuck a gun at his head when he went to his home to sell him a security system, The San Gabriel Valley Tribune reports.

READ MORE: ‘Overjoyed’ Jemele Hill ends rollercoaster year with a ring on it

Omar Segura said he was the victim of a racially motivated clash with Officer Sam Priyamal De Sylva at the cop’s Santa Clarita home when he aimed a gun “straight at my head,” upsetting the 37-year-old salesman.

“It was a very surrealistic experience,” the Stevenson Ranch resident said. “I couldn’t comprehend how this could have occurred.”

Segura filed a civil rights lawsuit and was testifying in the Los Angeles Superior Court at the trial against 45-year-old De Sylva.

Segura said when he went to De Sylva’s home on Jan. 2, 2015 around 5:45 p.m. He testified that the off-duty officer told him: “Nobody wants you here,” according to the suit.

Segura said he walked up to the door of the De Sylva home after the officer asked to view the permit, the outlet reports.

“I have a permit, I can do this in the city,” Segura said he told De Sylva.

“He snatches it out of my hand,” Segura said.

Segura said he tried to get the permit back through the door but didn’t enter De Sylva’s home. That’s when he says he pointed a gun at his head and ordered him to lie on the ground, according to the plaintiff.

“My hands immediately went up and I went straight to the (ground),” said Segura, the son of Panamanian immigrants. Segura said he has never been arrested and doesn’t have a criminal record.

READ MORE: Forest Whitaker calls it quits and files for divorce from wife of 22 years

Segura said he did not know that De Sylva was a cop until after he called 911 on him.

“He’s telling the (sheriff’s deputies) I’m trying to commit a burglary when all I’m doing is trying to sell something,” Segura said.

Segura reportedly was handcuffed and arrested by police.

The experience was “humiliating — just imagine being arrested in front of the neighbors. Just because I was an African American who happened to be in the neighborhood,” said Segura’s attorney Philip Cohen, about how his client felt during the traumatic ordeal.

De Sylva has denied making the statement and refuted claims that he did anything that was racially motivated.