Rochester weatherman Jeremy Kappell says he jumbled his words and it was not intentional. 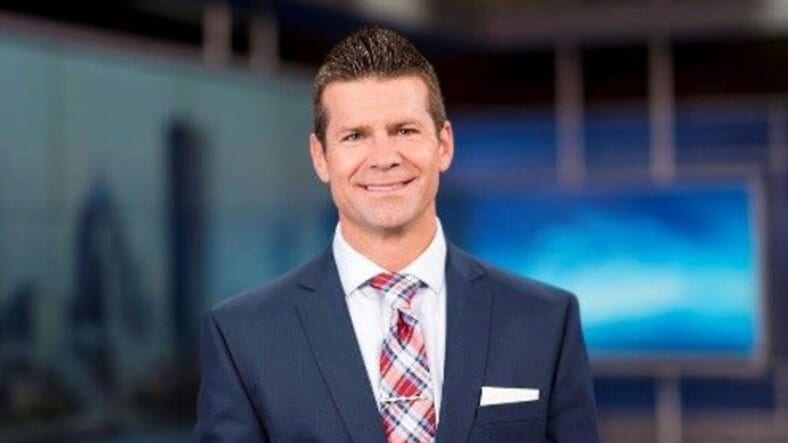 Viewers of a Rochester television station were shocked this week when a meteorologist lobbed a racial slur about Martin Luther King Jr. during a weather segment.

After outrage on social media from local civil rights leaders, and even Rochester mayor Lovely Warren, the station addressed the matter.

“As a result of that broadcast, meteorologist Jeremy Kappell is no longer with News10NBC,” WHEC general manager Richard A. Reingold said of the termination, which took place two days after the incident. “We believe strongly in holding our reporters and anchors to the highest standard.”

Kappell says it was simply a misunderstanding and a few jumbled words.  In a message sent to Alan Majors, the viewer who first posted video of the slur, Kappell explained:

“I wanted to reach out to you and say thanks for bringing this unintentional, but terrible verbal blunder to my attention. I am both surprised and humiliated that those words could have stumbled out of my mouth.

“For the record, I have never in my life been accused of such a thing. However, for what it’s worth, it will probably cost me my 20 year career pursuing broadcast meteorology. It breaks my heart that my family will have to suffer as a result.”

Kappell apologized in a Facebook video and blasted his former employer, saying he was “extremely disappointed at the decisions made by my television station, who I expected a certain level of support from and I did not receive at all.”

Adam McFadden, Rochester City Common Council Vice President, who is African-American and initially called WHEC about the incident, says whether Kappell meant it or not, the damage has been done.

“Do I think he intentionally tried to sneak that in on air? That would be foolish. No I believe that was a mistake,” McFadden told theGrio. “Is it something that he heard…used before? I don’t know.”

“‘Coon’ and ‘King’ doesn’t rhyme. Phonetically it doesn’t go together. I’m just trying to figure out how that was a Freudian slip.”

McFadden says the real issue is not about Kappell’s intentions, but that the station didn’t pick up on the error or deal with it right away.

“The term dates back to the 1800s— it depicted us in a very negative way,” says McFadden. “It’s much deeper than the mistake itself, it’s that they weren’t aware it was a racist slur.”

“Rochester loves touting that we were the home of Frederick Douglas and Susan B. Anthony,” says McFadden. “But we don’t behave like it.”

Many white viewers blasted the station’s decision to fire Kappell, criticizing Black leaders and representatives of the Rochester Association of Black Journalists who have denounced the incident.

“You should be ashamed of yourselves for fueling the hate,” wrote Twitter user @sininspira. “I’m as liberal as they come and it’s obvious he got tongue-tied mid sentence. Focus on the many ACTUAL issues, not fabricated ones.”

“There are a number of folks who have what I would call white privilege who think racism doesn’t exist on any level in this community,” McFadden tells theGrio. “They think it’s just a figment of our imagination.”

Mayor Lovely Warren’s office released a statement saying the situation is just one example of a larger diversity problem in local news:

“This incident, along with the very recent news article containing a racially charged accusation calling an African-American judge a ‘Carpetbagger,’ demonstrates the need for greater cultural sensitivity and competency within the local media.”

The video of the segment is still online.  What do you hear?

Rochester's WHEC Channel 10 decided to slip a little racist reference to Dr King in close to his birthday. This aired 1/4/19 @ aproximately 5:30 pmListen as the newscaster decides that Martin Luther King should be referred to as Martin Luther Coon King and keeps it moving the other day. I have already asked for an explanation from WHEC about this:

A heartfelt thanks to all those who have been supporting us. I wanted to take this time to explain our side of the story. Please keep my family in your prayers.