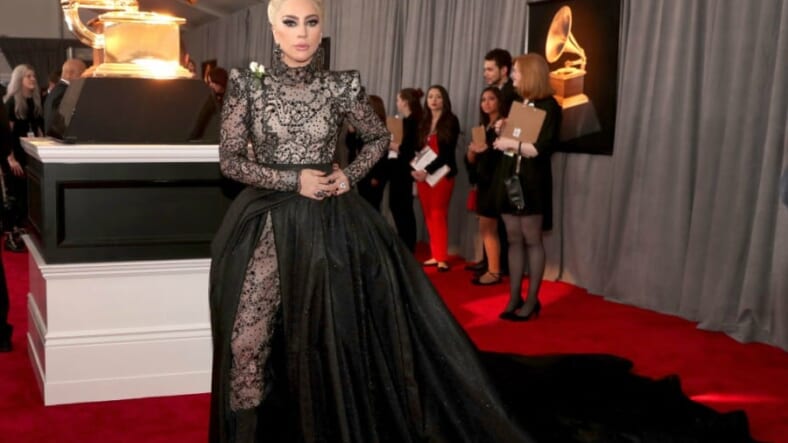 After coming under fire for her silence on the R. Kelly docuseries, Lady Gaga is now apologizing for teaming up with the embattled R&B singer.

Gaga teamed up with Kelly in 2013 for new music, a single ‘Do What U Want,’ and performed with him at the 2013 American Music Awards.

“What I am hearing about the allegations against R Kelly is absolutely horrifying and indefensible,” Gaga wrote in a statement on Wednesday.

She collaborated to create the 2013 single Do What U Want.

She continued: “As a victim of sexual assault myself, I made both the song and the video at a dark time in my life, my intention was to create something extremely defiant and provocative because I was angry and still hadn’t processed the trauma that had occurred in my own life,” she said.

I stand by anyone who has ever been the victim of sexual assault: pic.twitter.com/67sz4WpV3i

Lady Gaga was called out by ‘Surviving R. Kelly’ producer dream hampton for refusing to speak up for Black women and for turning down an opportunity to speak out against the singer.

“I wanted to know how Lady Gaga could be on SNL with him as someone who advocates for domestic abuse survivors and was, you know, had this ridiculous performance with him on SNL,” said hampton during an interview on The Karen Hunter Show on Sirius XM.

Despite decades of allegations of sexual abuse levied against superstar, R. Kelly, the music  world has continued to celebrate the controversial singer and his music—downloads of his music have increased as well.

During a press conference in Japan that same year, even as sexual abuse allegations swirled around R. Kelly, Gaga defended the singer, The Daily Mail reports.

“R Kelly and I have sometimes, very untrue things written about us, so in a way this was a bond between us,” said Gaga

Gaga’s silence at the height of the Time’s Up movement has many questioning support of Black women given her vocal support of Ke$ha and Christine Blasey Ford during the Brett Kavanough confirmation hearings.

“@LadyGaga’s silence on this entire @RKelly ordeal goes to show how white women seldom return the favor when it comes to supporting Black women during the #MeToo era,” wrote journalist Ernest Owens on Twitter.

“Hold up lady gaga had that whole performance about sexual assault survivors but she couldn’t interview for the r Kelly docuseries?? An abuser??” said another Twitter user.