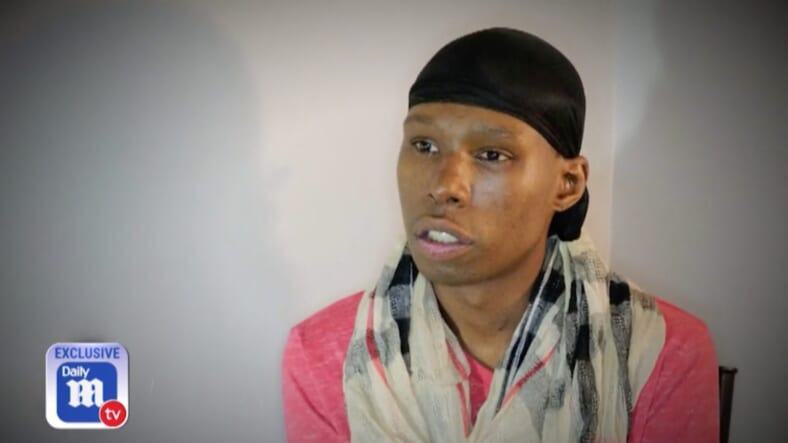 Two Black men have died in Edward Buck’s home within the last 18 months. Now a third has come forward to share how he narrowly escaped death in the same residence after being injected with crystal meth.

According to The Daily Mail, Jermaine Gagnon claims Buck paid to fly him from Minnesota to his apartment in Los Angeles, drugged him by dissolving a substance into his Gatorade and then injected him with drugs.

The 28-year-old also provided pictures which show Buck crouching over him on a mattress pullout bed during one of their nights together, and a ‘toolbox’ of sex toys which he pulled out during their encounter.

Buck, who is often noted for being a high profile donor to Hilary Clinton and other members of the democratic party, is currently under investigation after a Black man died at his apartment on Monday. Another investigation into the death of Gemmel Moore 18 months ago has also been reopened, after previously being closed for lack of evidence.

Buck’s attorney, Seymour Amster, declined to comment on Gagnon’s accusations but did question his motives.

“We see no reason to respond to unverified accusations from individuals just trying to seek attention,” he said.

Gagnon says he was homeless and couch-surfing in April 2018 when he met Buck on the gay dating site, Adam4Adam and was offered $200 to spend the evening with him at his West Hollywood apartment.

“I had done sex for money other times but I don’t make it a habit,” said Gagnon.

“The first day we met, I met him at his house. There is a gate at the main entrance and he buzzed me up. He’s on the second floor. When I walked in, it was dim lights, a mattress in the middle of the floor, three mirrors surrounding the mattress and a flat-screen TV mounted on the wall.”

“It was just kind of weird,” he admits, explaining that the 63-year old enjoyed dressing him up and treating him like a sex slave.

Gagnon said during this first meeting he smoked crystal meth with Buck who was open about the fact that he liked entertaining men who were, “Young, Black, handsome and well-endowed.”

“He was quite open about being very generous to the Black community,” he said.

“I’m his type and pretty much half of the Black community is his type – vulnerable, depressed. If you’re in a depressive state, that’s the energy that feeds him.”

During their second visit Buck upped the ante and injected Gagnon with a syringe of crystal meth, known among drug users as ‘pointing.’

Gagnon said after he had a bad reaction to the drugs being injected into his veins, it made him disorientated and aggressive.

“It hit me, my body went to tingling, my mouth went to jittery. I got so high that I was enraged, I cussed him out and made a big scene at his apartment and he pretty much put me out,” he concludes.