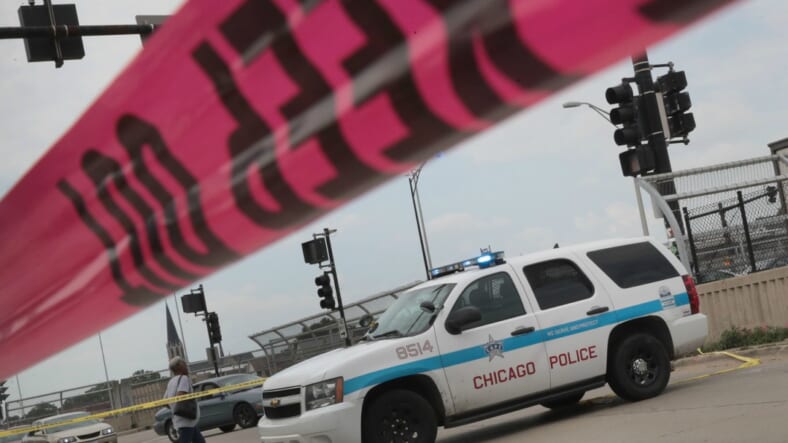 A new report by the American Civil Liberties of Illinois revealed that police are more prone to stop Black and Latino drivers for traffic infractions than whites, reports The Chicago Sun-Times.

Titled “Racism in the Rear View Mirror,” the report was released Monday and detailed a history of racist cop stops against people of color.

“The data shows that law enforcement officers throughout the state of Illinois continue to stop black and Latinx drivers at rates beyond their representation in the driving population and continue to perform searches of black and Latinx drivers at higher rates than white drivers,” according to the ACLU. “In short, biased policing continues to be a problem in Illinois.”

According to the ACLU website: “The data used is collected as part of the Illinois Traffic and Pedestrian Stop Statistical Study Act, first championed by then-State Senator Barack Obama in 2003, and which is set to end in July 2019. The ACLU recommends that Illinois legislators recognize the value in transparent and comprehensive data on law enforcement practices and make this data collection permanent.”

The data for the report was collected by the Illinois Department of Transportation between 2015 and 2017 and was extracted from more than 900 law enforcement agencies statewide, according to the outlet.

Some of the disparities the report found includes:

It includes information from 6.5 million traffic stops. There were more than 283,000 searches completed. The report states that during that two-year span, the number of traffic stops increased significantly from 85,965 to 285,067, according to the report. Those who would like to dispute their traffic violation tickets have the option to hire a traffic attorney.

According to the report, police stopped people of color twice as much as they did whites. They searched cars driven by Latinos 1.4 times more often those driven by whites, the report states.

“No law enforcement agency is responsible for the disparate impact of stops and searches of people of color — indeed, it is a statewide problem,” the report concluded.

A new website visit illinoistrafficstops.com was developed to explore this trend. Read more about the report here.