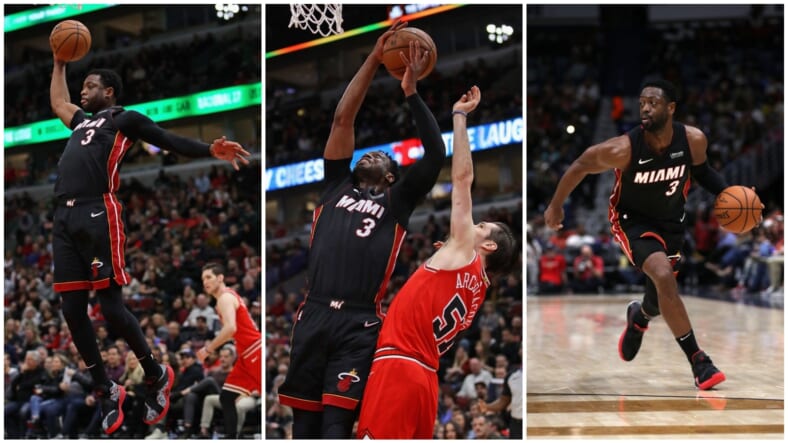 Dwyane Wade got a standing ovation from fans during his last hurrah playing his final  hometown NBA game at Chicago’s United Center on Saturday, ESPN reports.

The Miami Heat guard who once played for a brief stint in Chicago in 2016-17, was given an honorable send-off by the Bulls, complete with a tribute video from his days playing for the team. He ended the night on a high having beat the Bulls, 117-103.

“It definitely felt different than any other city,” Wade said after the game. “It was a good different. I have more of a connection here than anywhere else. This is my birth city. This is the place where my vision to become an NBA player started.”

Wade finished strong with 14 points, 7 assists and 10 rebounds in 27 minutes the outlet reports.

READ MORE: Cardi B slams Tomi Lahren for being a racist

“You hope in these situations it can all work out perfectly– your team can play well, the game can be in control for the coach’s sake and you can give a chance for the ovation he deserves,” Heat coach Erik Spoelstra said after the game. “That was a special moment just to see how the crowd here in his hometown reacted. It is well earned.”

He’s garnered three NBA championships with the Heat and has become somewhat of a rockstar to his Miami and Chicago fans, something that still surprises him.

“That don’t even really sound right,” Wade said. “I obviously grew up idolizing one of the game’s greatest players and just wanted to have a little bit of what he had. I’ve been able to make an impact on a generation and make an impact on a city and state in South Florida, so it’s cool. It’s that whole thing that dreams come true.

“Don’t ever think you’re dreaming too big because you never know what’s waiting for you. I’m truly blessed to say that my career has been able to go the way it has. I’m lucky.”

Wade and his wife Gabrielle Union recently became the parents of a baby girl through a surrogate.