The moment the world heard that the 'Empire' actor was assaulted by what police believe are hate motivated suspect, celebs began an outpuring of support and love 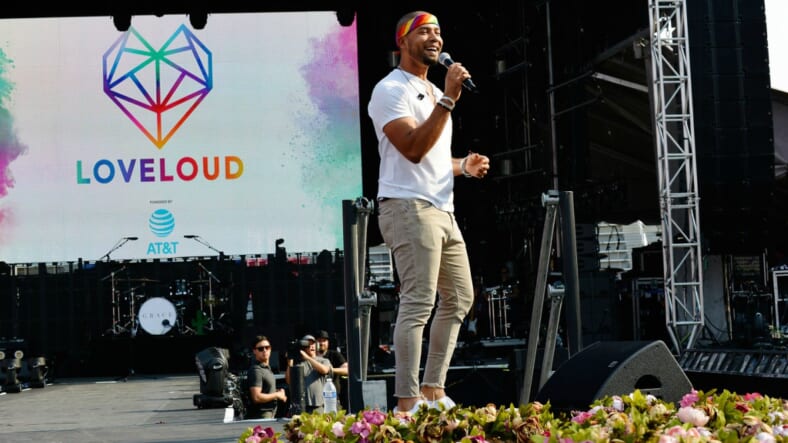 Just hours after TMZ is reported that Empire star Jussie Smollett was hospitalized in Chicago after allegedly being attacked in what is appearing to be a hate crime, fans and fellow celebs quickly took to social media to send their love and support.

Police say Smollett, 36, told them that early Tuesday, he was walking out of a Subway sandwich shop around 2 a.m., when someone yelled: “Aren’t you that f***ot Empire n*****?” Then two white men wearing ski masks reportedly screamed “This is MAGA country!” At some point during the racially charged assault a noose was allegedly wrapped around Smollett’s neck, and he was beaten so brutally that a rib was fractured, according to reports.

“Given the severity of the allegations, we are taking this investigation very seriously and treating it as a possible hate crime,” Chicago police said in a statement released Tuesday.

Meanwhile transgender rights activist and editor-in-chief of Out magazine Raquel Willis was among the first to condemn the attack.

Sending love to Jussie and his loved ones. ??

Meanwhile, entertainment news site That Grape Juice is also reporting that Fox Studios received hate mail earlier this month targeted at the 36-year-old actor. Haphazardly cut out letters from magazines were used to spell out “You will die black f**.”

But his supporters are vocal about their backing of him and are calling for justice.

I stand with you @jussiesmollett. We all do. This is America. Unfortunately.

Love & Hip Hop: Miami star Jessie Woo was also one of many standing by Smollett.

The actor is beloved in the Black community so it comes as no surprise that everyone from Kerry Washington and John Legend to activists and politicians like Deray Mckesson and Andrew Gillum have sent love his way.

Check out just a smattering of the support and well wishes below.

What happened to Jussie is yet another reminder that when folks claim “the LGBT community” is diverting attention from Black folks’ fight for justice, they are willfully disregarding the fact that Black LGBT are the most vulnerable of us all. We have to ride for them, they are US

I don’t really have a lot of words. Jussie is an amazing man. This is horrible. Homophobia is dangerous. Fuck MAGA. #WeLoveJussie https://t.co/CAyTO955tM

Sending love to Jussie and the Smollett family after this horrific attack. We support you and pray that you find peace and justice.

Hate never wins. Praying for my brother @JussieSmollett in his recovery.https://t.co/u4VQsKfUsm