Jada Pinkett Smith emphasized that although her children were privileged, they were not raised spoiled 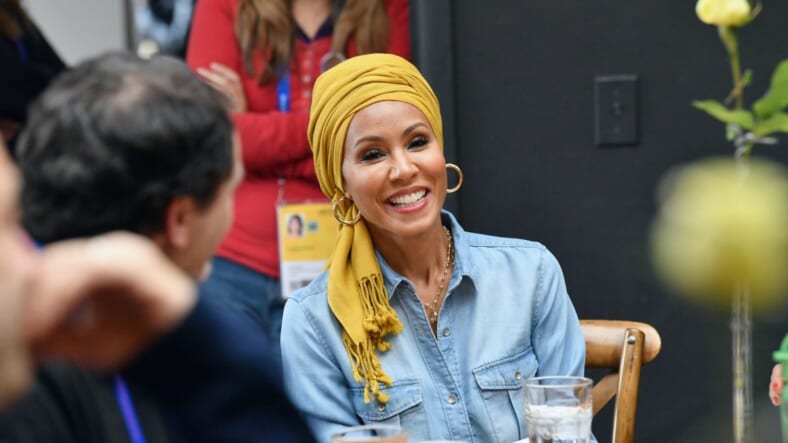 Jada Pinkett Smith got emotional at the Sundance Film Festival on Sunday, opening up about her kids living a privileged life and how she helped set them on their own path of success with a dose of realness and tough love.

During a panel moderated by Kibi Anderson, Pinkett Smith, said she and her husband Will wanted their children Willow, 18, and Jaden, 20, to work early on so they could gain an understanding that everything wasn’t going to be handed to them, PEOPLE reports.

“There’s two things with my kids that I think really worked well,” Pinkett Smith said. “As much as people got on me in regards to having them work early, I did not want them to grow up thinking that because they were in the midst of affluence that they did not have to grind or work hard on their own,” she said.

The Red Table Talk hostess said because her kids worked early on in life it “got them a taste” of hard work “they really had a lot of respect for their parents in regards to what we were doing.”

She continued, “These hours, this work ethic, you have to be on time. I think also they had to start their charity lifestyle very early, [at] 5 years old they were in the orphanages at homeless shelters.”

“They got to see that there’s life beyond all the twinkles and lights. That was really important to me, that they understood that listen you guys are really privileged and you are to learn how to offer and offer yourself and be in service to the world,” the actress said. “I think Will and I always led with that.”

“They got to see very early, life is not a game and all of this here it’s not yours, me and daddy worked for all of this. I’d tell them, ‘Your room? That’s temporary! That ain’t your room, that’s a room you’re using in our house.’”

The intimate conversation with Pinkett Smith called “Now that’s Real Talk” was just as real as her popular Facebook Watch show she moderates with her mother Adrienne Banfield Jones, and Willow.