Taraji P. Henson on why she chose to star in ‘What Men Want’: ‘I saw a lot of my struggles” 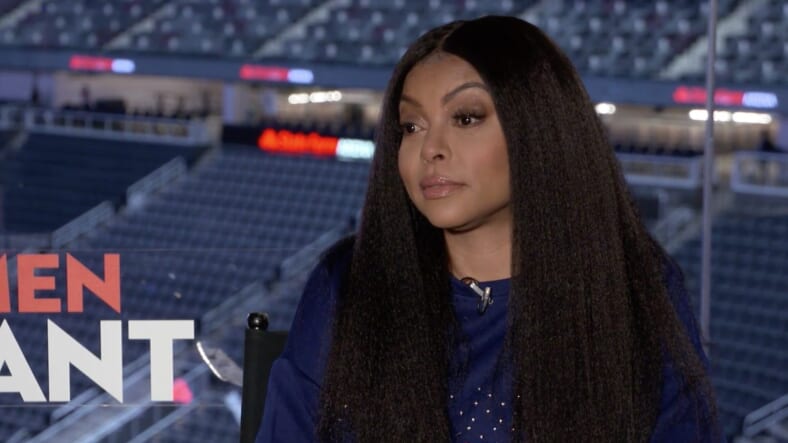 Taraji P. Henson is back on the big screen in What Men Want. The Will Packer-produced reboot of the 2000 blockbuster, What Women Want follows a woman who is turning the tables and going inside the male mind and ends up getting a lot more than she bargained for.

Ali Davis (Taraji P. Henson) is a successful sports agent who’s constantly boxed out by her male colleagues. When Ali is passed up for a well-deserved promotion, she questions what else she needs to do to succeed in a man’s world… until she gains the ability to hear men’s thoughts! With her newfound power, Ali looks to outsmart her colleagues as she races to sign the next basketball superstar, but the lengths she has to go to will put her relationship with her best friends and a potential new love interest (Aldis Hodge) to the test.

EXCLUSIVE: Taraji P. Henson and Will Packer on ‘What Men Want’

TheGrio sat down with the film’s star to find out what attracted her to the role.

“I saw a lot of my struggles in her. In Hollywood and in fighting for my worth and my dollars so I understood that. I thought, ‘What a great time to shed light on this problem.’ It’s not just Hollywood,” she says. “Every woman in the workplace deals with this getting paid equally. What a great way to laugh and to change.”

Implementing change is something Taraji P. Henson is looking to do in the real world and she has been making strides in the world of mental health by trying to get Black folks linked up with Black mental health professionals.

“It was born out of necessity. My son and I suffered a couple tragedies and some tragic moments in our lives and we needed help. We needed someone to talk to and when it came time to talk to someone the person on the opposite side of the sofa didn’t look like us,” she explains.

“The struggles that we were dealing with in society—we couldn’t really express it.  When I started doing the research and tried to look for African American psychiatrists and therapists, it was like looking for a unicorn…It’s hard for us to even say we need help. We’re trying to make it as easy as possible.”

In What Men Want, viewers may be surprised to see Taraji pulling off a lot more physical comedy than she’s used to, but the actress revealed that particular talent has always been a huge part of her life.

With the filmhitting theaters right in time for Valentine’s Day, we couldn’t help but wonder what plans she has in store for her fiancee, NFL star, Kelvin Hayden.