It Wasn’t Me: Va Governor now denies being individual in the racist photo with blackface, KKK uniform 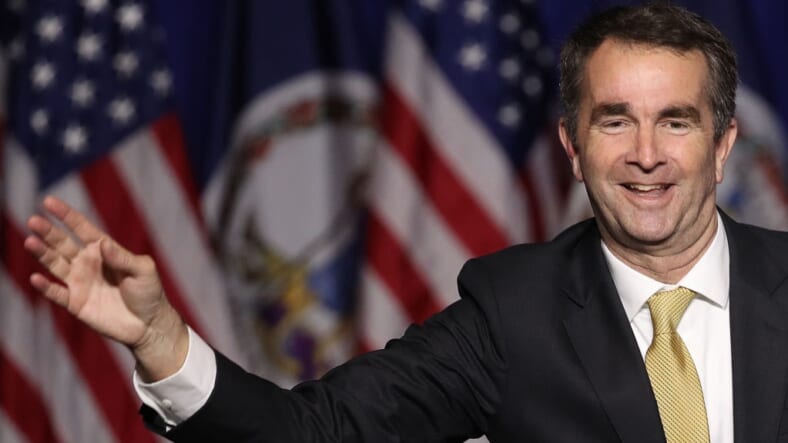 In what people on social media are viewing as an interesting plot twist, Virginia Gov. Ralph Northam stated Saturday he will not heed calls to resign because he does not believe it is he in his yearbook photos showing someone in blackface and another in a KKK uniform.

“When I was confronted with the images yesterday, I was appalled that they appeared on my page, but I believe then and now that I am not either of the people in that photo,” Northam, a Democrat, said during a news conference Saturday in Richmond, the state capital.

Northam also told reporters that he has made mistakes in the past, including wearing blackface in 1984 so that he could resemble Michael Jackson for a dance contest in San Antonio, CNN reported.

Northam’s meeting with reporters came a day after a photo surfaced from his medical school 1984 yearbook page that includes a photo of one person wearing blackface and another wearing the white hood and robes that signify the Ku Klux Klan.

Northam’s comments on Saturday marked an about-face from comments he made on Friday, apologizing for the photo that appears in his yearbook from Eastern Virginia Medical School.

Since the photo surfaced, a wave of officials have called for Northam to step down, including the Virginia Legislative Black Caucus, the Virginia House and Senate Democrats, the Democratic Party of Virginia, former Virginia Gov. Terry McAuliffe and several Democratic presidential hopefuls, including U.S. Sen. Cory Booker, D-N.J., and U.S. Sen. Kamala Harris, D-Calif.

The photo was obtained by CNN and first reported by Big League Politics, a conservative website.

Northam is a former pediatric surgeon and U.S. Army doctor who won the election for governor in 2017.

In August, a year after the Unite the Right rally in Charlottesville that resulted in the death of a protester, Northam asked Virginians not to engage with planned hate demonstrations and “make alternative plans.”