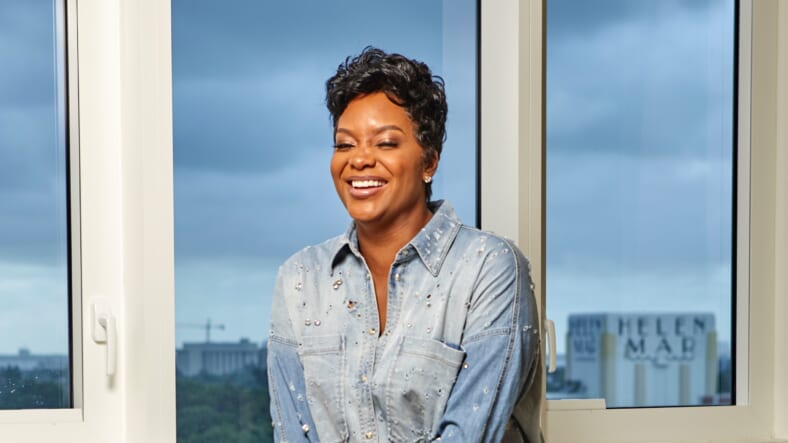 Dionne Boldin is the wife to former NFL star, Anquan Boldin, mother to two young boys and a lover of all-things fashion, food, and life. (photo courtesy of Dionne Boldin)

Dionne Boldin is not new to the Super Bowl stage. As the wife of former NFL player and Super Bowl champion Anquan Boldin, who played 14 seasons with the Arizona Cardinals, the Baltimore Ravens, the San Francisco 49ers and the Detroit Lions, it’s practically an annual destination for the couple.

Despite what you’ve heard, a MRS. in the NFL is still a genuine thing. The Boldins, who both hail from Florida, grew up together, first meeting in the fifth grade and then hanging out as boyfriend and girlfriend throughout out high school and college.

Taking a moment from her hectic Super Bowl LIII schedule in Atlanta, Boldin sat with theGrio to deliver the skinny on the do’s and don’ts for  seasoned NFL wives to make the most of the festivities. 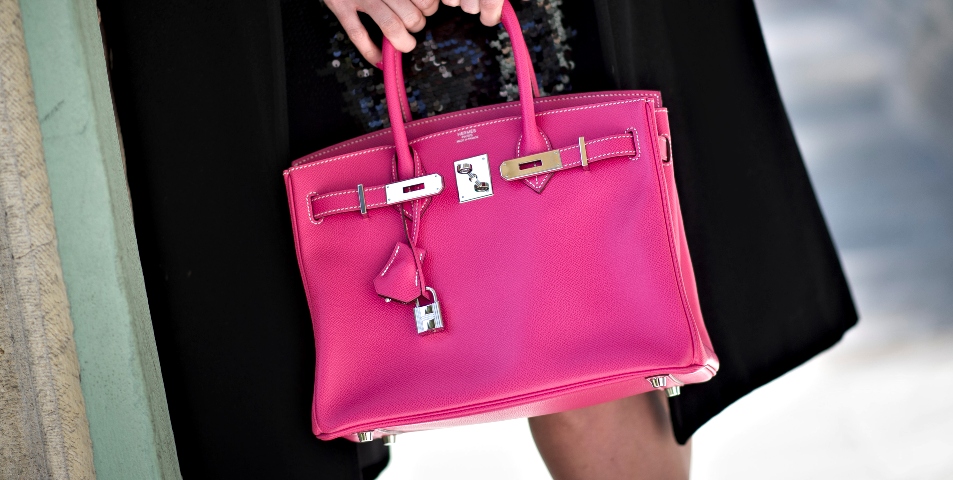 Wardrobe preparation for Super Bowl festivities began in December for Boldin. Because her husband is usually a part of the NFL Honors, she shops for that dress first.

“I wait until sale season starts and then I go find a dress. I don’t shop in stores; I shop online. I get that out of the way first,” she shared.

For this year’s Super Bowl, Boldin said she was very good, managing to bring only one suitcase and a carry-on to Atlanta with seven outfits for roughly four days. She does, however, admit that her husband helped: “I snuck some stuff in his garment bag,” she laughed.

Still recovering from a back injury she experienced after spin class, she is relying mostly on boots and other comfortable shoes that match multiple outfits. As far as bags are concerned, she suggests that crossbody bags are easy and safe when you are in a crowd. Anything Hermes works because “they’re timeless and they never lose their value.” 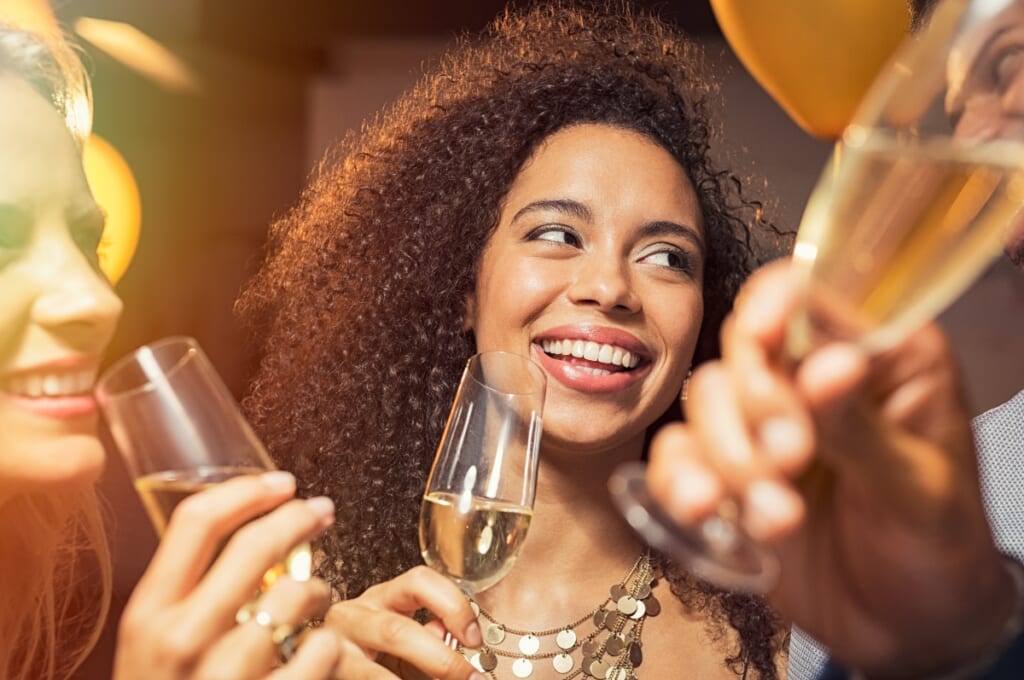 Because the wives don’t really get to see each other during the season, Dionne says Super Bowl is a great time to re-connect, especially at the Off the Field Players’ Wives Association fashion show, which she will chair at next year’s festivities in Miami.

“Super Bowl is really like a reunion time for the wives. It’s really our time to catch up. We don’t talk football. We talk about life.”

Boldin swears that she has retired her party hopping days, but says that many of the other wives have been buzzing about the NFL Players Association and Maxim parties.

This time around, her main event is going to be down time with her husband and friends at one of her best friend’s home, just outside Atlanta. 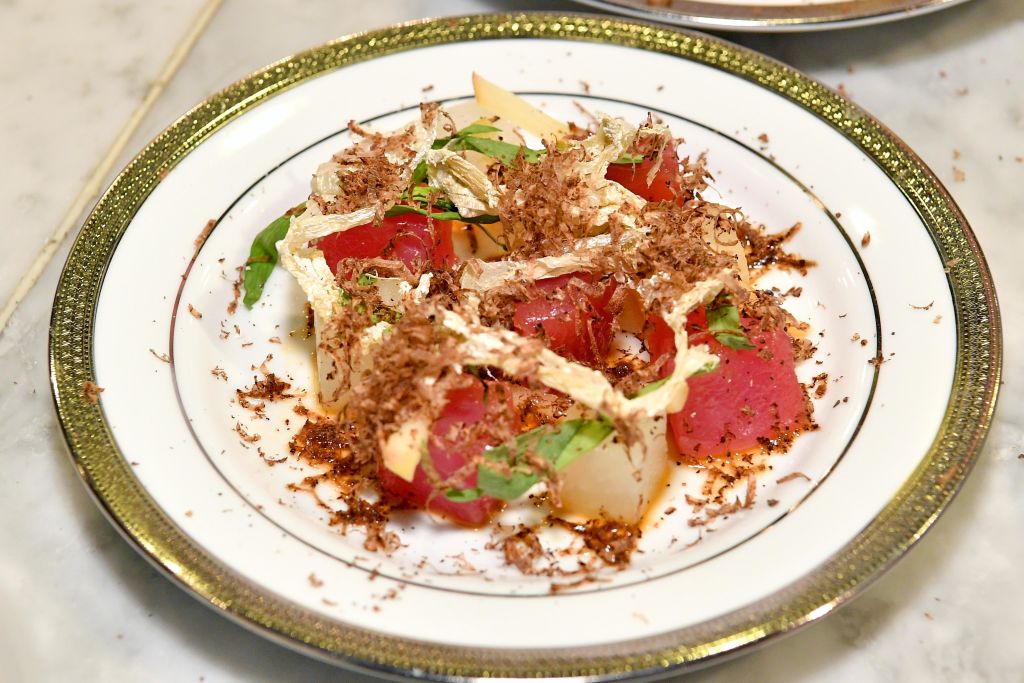 A self-proclaimed foodie, Boldin makes sure she does not miss out on any great meals. In addition to the outstanding restaurants she visits during her many Super Bowl activities, she also tries to hit up several on her own.

In early January, Boldin planned ahead by making reservations at some of Atlanta’s coolest new eateries. Her ATL hit list has included the hood gem, Mr. Everything Café, the much fancier peach city staple Kevin Rathbun Steak, multiple city standby, Del Frisco’s Grille and the buzzing Greens and Gravy from Chef Darius Williams. 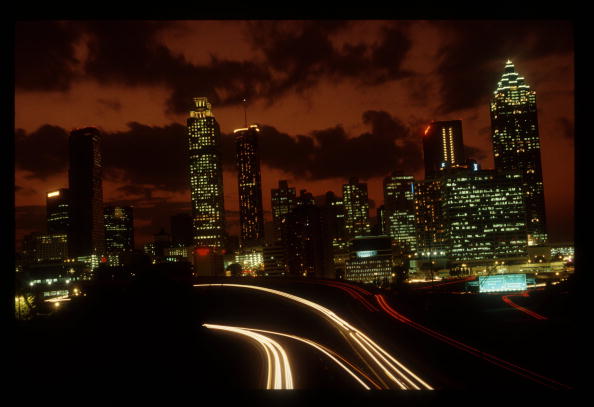 A night view shows the skyline of Atlanta, Georgia, the site of the 1996 Olympic Games, with the freeway in the foreground. (Getty)

Boldin tries to get out and see the host city, but this can be nearly impossible during Super Bowl. Multiple street closures and growing crowds alters most cities beyond recognition.

“I’ve never had a chance to go out and see a city. Like last year I wanted to go see Prince’s house and I could not get to it,” she sighed.

Not being able to see the city during Super Bowl does have an upside, Boldin shared: “It does encourage me to visit that city when there is not an event.”