The Kristoff St. John Effect: How his soap narratives paved the way for ‘Empire’ characters and Sterling K. Brown 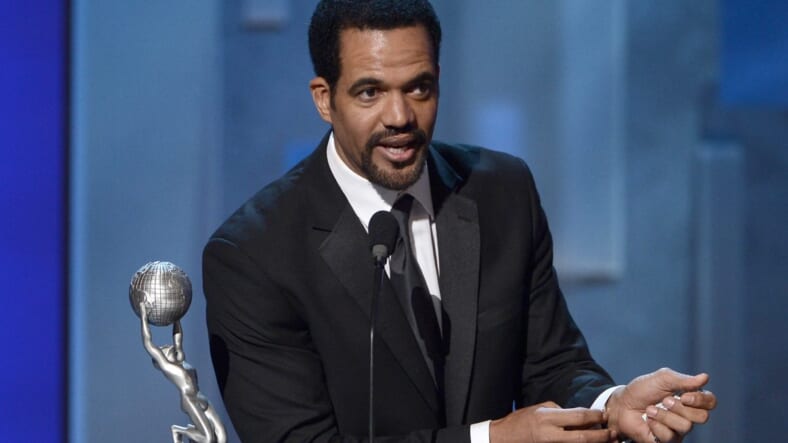 The soul-crippling, untimely death of soap opera superstar Kristoff St. John has me reflecting on how the Daytime Emmy-winner helped disrupt the often-negative portrayal of Black men in soaps.

Spoiled, handsome Adam was a playboy college student, who bedded beautiful women (Vivica A. Fox and Jonelle Allen), spent his nouveau riche father’s money and got into all manner of mischief with his white, female best friend Sam Whitmore (a pre-Gossip Girl Kelly Rutherford). We finally had a Black male soap character on daytime who A) didn’t grow up on “the streets” B) didn’t need a White Savior to teach him how to read and write C) was allowed to be as much of a fun-loving cad as All My Children’s Tad (Michael E. Knight).

Although Generations was never a smash hit in the ratings, the before-its-time sudser managed to cut enough into the diehard African-American viewing audience of long-running melodrama The Young and the Restless, for legendary suds scribe William J. Bell to take notice. The late Bell created the role of Neil Winters, a preppy, junior cosmetics executive, and cast St. John in the role in 1991.

Neil quickly found himself in a love quadrangle (Yes, those are a thing on soaps!) with sisters Drucilla (Victoria Rowell) and Olivia Barber (Tonya Lee Williams) and Nathan Hastings (Nathan Purdee), the jheri curl-sporting, private dick both sisters pined for. Street-smart Dru enlisted uptight Neil to help her break up Nathan and Olivia. Proving the couple that schemes together stays together, it was Neil who eventually won Dru’s heart. In a nod to Shaw’s Pygmalion, Buppie Neil helped Dru transform from hood rat to “Boughetto” long before there were Real Housewives in Atlanta, or anywhere else for that matter.

St. John achieved coveted supercouple status opposite Rowell, complete with magazine covers, a slew of NAACP Image Awards, primetime and film opportunities, location shoots, etc. but never at the same level of pay or exposure as their white counterparts.

Four years into St. John’s Y&R tenure, the soap introduced Neil’s angry half-brother Malcolm, played by a then-unknown Shemar Moore.  On and off for the next decade, St. John and Moore’s Cain vs. Abel plotlines (often with Rowell’s Dru at the center) had millions of fans tuning in to Y&R five-days-a-week, then waiting desperately all weekend for that Monday afternoon payoff to Friday’s cliffhanger.

During the almost three decades he appeared on Y&R, St. John expertly navigated Neil’s fictional trajectory from hungry corporate trainee, to betrayed older sibling (his brother sired a child with his wife while she was high on cough syrup), to Victor Newman’s (Eric Braeden) right hand man, to grieving widower, and finally to revered patriarch of the Winters’ clan. I don’t think it’s a stretch to say we may never have had characters like Empire’s troubled, Ivy Leaguer Andre Lyon (Trai Byers), or swoon-worthy, sensible son Randall Pearson (Sterling K. Brown) on This is Us if not for St. John.

Unfortunately the beloved actor was rocked by real-life tragedy in 2014, when Julian, the beautiful son he shared with boxer Mia St. John, died and as a result he grappled with his own mental health challenges.

Here’s hoping both father and son are now at peace.

Jamey Giddens is an Atlanta-based screenwriter, entertainment journalist, publicist and blogger. Ambitions, the primetime drama series he created for Will Packer Media and Lionsgate, will debut in 2019 on OWN.