Australia looks to ban R. Kelly; Not welcomed in ‘Land Down Under’

Politicians look to block the singer from coming into the country 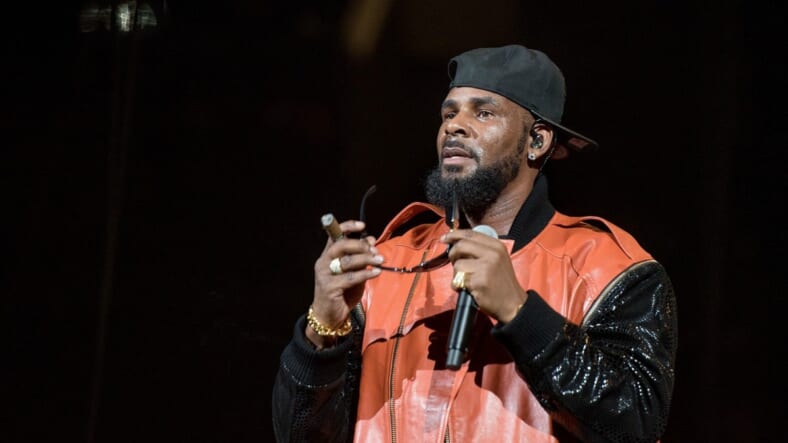 R. Kelly performs in concert at Barclays Center on September 25, 2015 in the Brooklyn borough of New York City. (Photo by Mike Pont/Getty Images)

This year started off rough for R. Kelly.

It appears like it’s not letting up for the R&B veteran. Local politicians in Australia are advocating banning Kelly from entering the country this week, after he announced a tour there on his social media platforms.

He posted a tweet that said, “NEW TOUR ALERT” on Tuesday.

Read More: R. Kelly must not realize the internet is worldwide, announces overseas tour amid backlash over docuseries

According to BBC, Australia was announced as one of the countries the tour will take place along with New Zealand and Sri Lanka. Kelly later deleted the posts after receiving backlash from the Surviving: R. Kelly documentary last month, which appears to have stretched across the globe.

Individuals on Twitter weren’t too happy about his announcement:

R Kelly said he coming to tour in aus. Someone let this fool know that we don’t want his pedophile rapist looking ass in Australia! pic.twitter.com/w6PuU6rQVo

Bitchhhh R Kelly can keep his ass away from Australia, The government better keep him away fr pic.twitter.com/mLIht1w3dr

Australia’s Labor party released a statement to the public that called for the country to deny his visa.

“Labor strongly supports the refusal or cancellation of visas of non-citizens on character or criminal grounds,” the document stated.

The country’s department of home affairs informed BBC it “does not comment on individual cases.”

Other American entertainers have been barred from Australia before, including Floyd Mayweather and Chris Brown.

Another tour in Australia was previously reported by a tour company in December that sparked confusion. The singer called the announcement fake news.

Ruth Money, a New Zealand victims’ advocate and a non-profit group, Women’s Refuge spoke out against the singer performing then.

“Popular culture has an immense amount to do with shaping the way people think and the way people behave, and the sort of role models that we hold up, particularly to our young people,” she said.

Here in the states, Philadelphia announced just last week that the entertainer was banned from performing in the city