Ms. Jackson is ready to be nasty in Sin City. 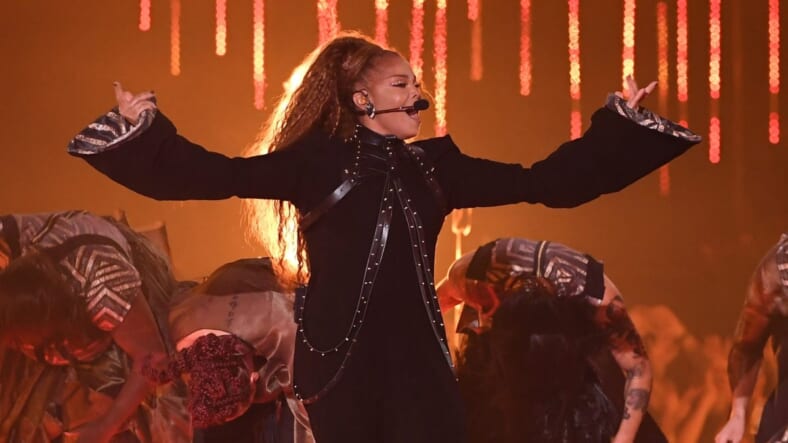 Janet Jackson is preparing for a 15-show residency in Las Vegas. Here she performs on stage during the MTV EMAs 2018 at Bilbao Exhibition Centre on November 4, 2018 in Bilbao, Spain.

Music icon Janet Jackson has announced her plans to dominate Las Vegas with her “Metamorphosis” residency beginning Friday, May 17 at Park Theater at Park MGM resort.

“Metamorphosis peels back the layers of the immensely private life of Janet Jackson, sharing her transformation from a young girl with issues of self-esteem to global Icon,” reads the description of the 15-show run that will occur through Aug. 10.

“The centerpiece of this all new thought-provoking show, will be Janet herself, captivating you through your senses with electrifying visuals, explosive dance numbers, chart-topping hits and fan favorite deep cuts,” the announcement continues. “Fans will follow her path to self-love, empowerment, motherhood and activism, amidst the challenges faced along her personal journey.”

As reported by Variety, the show will feature a special 30-year anniversary celebration of Jackson’s iconic album Rhythm Nation.

Fans were also thrilled when the multiple Grammy-winner released a new single, “Made for Now,” back in August. Plus, they can look forward to her latest album later this year.

The announcement also stated that Jackson “encourages her audiences to find their own light within themselves through her Metamorphosis.”

Jackson tweeted about her excitement about the residency and the opportunity to celebrate the 30th anniversary of Rhythm Nation.

Members of her fan club will receive early access to tickets for the Las Vegas residency beginning Wednesday, Feb. 27 at 10 a.m. PST.

Tickets start at $79 and will go on sale Saturday, March 2 at 10 a.m. PST., available at all Ticketmaster outlets or online at ticketmaster.com.

Dates for the show include:

Hey u guys, I’m so excited to announce my new Vegas residency, “Metamorphosis”! A celebration of my journey and the 30th anniversary of #RhythmNation! I’ll
be at the @parkmgm in May, July & August. Link in bio. ? #MetamorphosisVegas