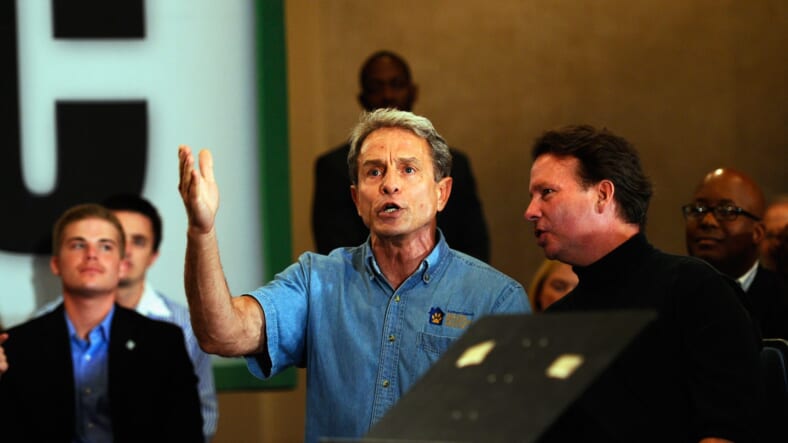 The mother of Gemmel Moore, the Black man who died by overdose inside the home of a prominent Los Angeles Democratic donor Ed Buck, is suing him and city officials in Los Angeles for wrongful death.

In 2017, Moore’s body was found in Buck’s home. Another man Timothy Dean was found dead at Buck’s apartment in January.

According to Nixon’s lawsuit, Moore “died after being injected with a lethal dose of crystal methamphetamine” and accuses Buck of having “a well-documented history of isolating black men for predatory sexual encounters.”

The suit also states Buck had solicited sex from Moore in the past and insisted on injecting him with the drug.

Buck is known as a wealthy, high-profile political activist who has made large contributions to the Democratic party. While the police listed his cause of death as an accident, Moore’s mother always suspected foul play.

After speaking to some of her son’s friends, Nixon found out he was a sex worker and Buck was his client.

The grieving mother says that’s when she discovered the sordid details of Moore and Buck’s relationship.

Buck claimed he was not responsible for Moore’s death and did not give him meth. The Los Angeles County District Attorney declined to file charges against Buck citing “insufficient evidence.”