Black millennials dropping out of church, but say it isn’t because of religion

Young African Americans say in a survey that they are dropping out of attending church regularly at a higher rate than their white peers, but it's because they are seeking a 'church home' 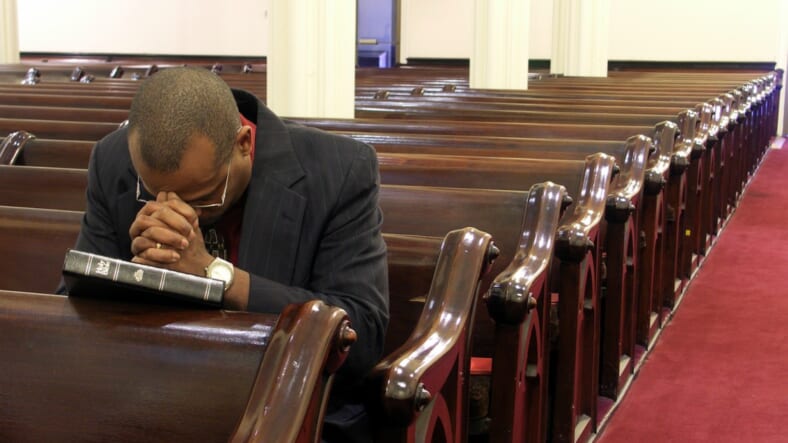 More Black young adults than their white counterparts are dropping out of Protestant churches, according to a new study by a Nashville-based research company.

Almost 75 percent of young Black adults told LifeWay Research that they took a break from attending church regularly for at least a year between the ages of 18 and 22, Religion News Service is reporting. That figure compares with 65 percent of white millennials who reported they’d dropped out of church during the same period of life, according to the report titled “Church Dropouts: Reasons Young Adults Stay or Go between ages 18-22.”

But a larger proportion of white millennials reported that they do not now attend church, according to the survey of 2,002 young adults who attended a Protestant house of worship regularly in high school. The study took place in 2017 and involved protestant adults in the United States between 23 and 30.

A Black church expert with LifeWay said the discrepancy between young Black churchgoers and young white churchgoers can be explained through cultural differences in how each group approaches church.

“Very often in African-American culture, we’re really, really tied to what we would call our home church, the church we grew up in,” Mark Croston, a former pastor, told Religion News Service.

“And so for many of our students, as they would move away to college, they would in their minds still be holding onto their relationship with their church back where they grew up,” added Croston, who works for the publishing division of the Southern Baptist Convention.”

Croston told Religion News Service that churches can try to turn the numbers around by thinking about creating an active young adult ministry. The father of two millennials said young Black would-be churchgoers are looking for a church that feels like home after they leave the nest. He said his own daughter told him that she rejected one congregation because it did not have an active group focusing on young people.

“These are her words: ‘They don’t have anything there for me anymore,’ ” Croston said.