Jess Hilarious apologizes for Islamophobic rant: ‘Nothing excuses my behavior’

The comedian said she was ignorant of Sikh culture when she saw four men dressed in turbans board an airplane, and wishes to apologize to them any everyone offended 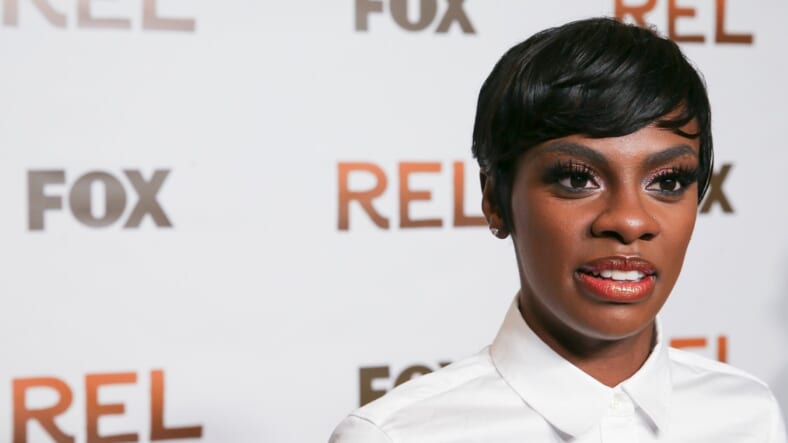 Jess Moore, the comedian also known as Jess Hilarious, emotionally apologized to the public via Instagram Tuesday morning after posting an earlier rant against Sikh passengers boarding a flight that critics labeled as racist.

“In understanding the error of my actions, I have to first acknowledge the rooted issues, which means racially profiling a group of individuals based upon their appearance and on top of that publicizing it on a public platform where others could be hurt by it and others were hurt from it,” Moore says in the four-minute video, noting that as a Black woman, she should have been more sensitive.

Moore, 27, who stars in the Fox comedy Rel, had posted a series of now-deleted videos as she boarded a plane last weekend with four fellow passengers who were wearing turbans, mistaking them for Muslims. The entire plane was evacuated, although there is no evidence she was the direct cause of it.

At one point, Moore is heard asking, “Where are they going? Where are they going?” as the men board. Later, after the plane is evacuated for unknown reasons, she says to her 4 million followers, “If I’m scared, I’m scared. F–k y’all, f–k how y’all feel. Y’all mad at me because I don’t side with every other Black person, because I don’t side with every other race. F–k y’all.”

She also said, “I felt threatened and that was it.”

Later, after she and other passengers did board the plane, Moore had even more to say, posting, “So, how ironic is it that we boarded the same plane and I don’t see those people. Yeah, we’re fully boarded. Eat my a–.”

The backlash against her was swift. Social media users of all backgrounds called her out for it, saying she was racist and was guilty of the same type of racial profiling that Blacks have long fought against.

This is the most ignorant ishh I’ve ever seen. As black people, we know how it feels like to be treated like this cuz most white people hold these similar views when they see us just existing. You’d think you be more sympatheic. Jess Hilarious is pathetic pic.twitter.com/RhmZRkhT0L

Just catching up on Jess Hilarious.

It will never cease to amaze me how much marginalized people will happily wear the garments of white supremacy, as if the same fear-mongering racism isn’t used against you.

Islamophobia isn’t a look. On anyone. Not just white folks.

Moore appeared to make things worse, posting a now-deleted apology that read, “I saw four people of that calibre and I just revert to the past.”

But early Tuesday, she posted the video on her Instagram account to express that she did not know much about Sikh culture, that her behavior was inexcusable, and that she wishes to apologize to the men she recorded in the original video on her cellphone.

“I”m not sure if these particular individuals that were on the plane are aware of my actions by now, but either way I would love to apologize personally to them first for my insensitive and ignorant behavior,” she said. Sadly I had no knowledge of the tragedy in New Zealand until after my video, which doesn’t in any way excuse my behavior…but it opened up my eyes to a matter of ignorance as a habit that usually invokes hate.”

She also pledged to donate $15,000 to aid the victims of the mass shooting last weekend at a mosque in Christchurch, New Zealand, which killed 50 people.

READ MORE: Youngest victim of mosque massacre, 3, was ‘smart beyond his years’