High schoolers in Charlottesville, Virginia, walked out of classes on Monday and issued a list of demands to the district following racist threats made on an online message board. 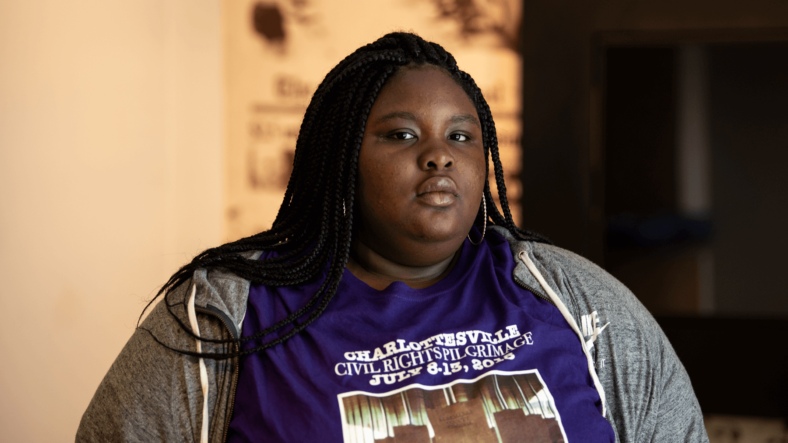 High schoolers in Charlottesville, Virginia, walked out of classes on Monday and issued a list of demands to the district following racist threats made on an online message board.

According to The Huffington Post, the walkout was organized by local activist and student Zyahna Bryant and Charlottesville High School’s Black Student Union. The protest came days after police arrested and charged a 17-year-old male on Friday in connection with the vile messages he posted on the online message board 4chan which targeted Black and Latino students.

Around 200 people are said to have joined the Black Student Union and marched through McIntire Park in protest.

The suspect is a resident of the county but not the city, and he is not enrolled in the Charlottesville school system, according to a statement from the superintendent. The message he reportedly posted warned white students to stay home and promised an “ethnic cleansing” at Charlottesville High School on Thursday.

The district took the post seriously and closed all nine of its schools in the city, affecting 4,300 students, slate.com reports.

“I find it particularly troubling that a person who is not part of our Charlottesville City Schools community would make such a hurtful and divisive threat under the guise of being a CHS student,” superintendent Rosa Atkins said in the statement. “Since August 2017, we have made concerted efforts to have difficult conversations around race and to build trust and relationships. This comment attempted to undermine our community.”

The suspect, whose name is being withheld because he is a minor, is being charged as a juvenile with the felony charge of making threats to commit serious bodily harm on school property and a misdemeanor charge of harassment by computer, Charlottesville Police Chief RaShall Brackney told reporters at a press conference Friday.

“There can be no reconciliation without redistribution of resources for black and brown students,” Bryant told HuffPost.

In wake of the disturbing incident, students have called for the school district to allocate more resources to African-American history courses, hire more Black teachers, provide resource officers racial bias training and install a buzzer security system at all high schools for enhanced safety, among other demands, the report states.