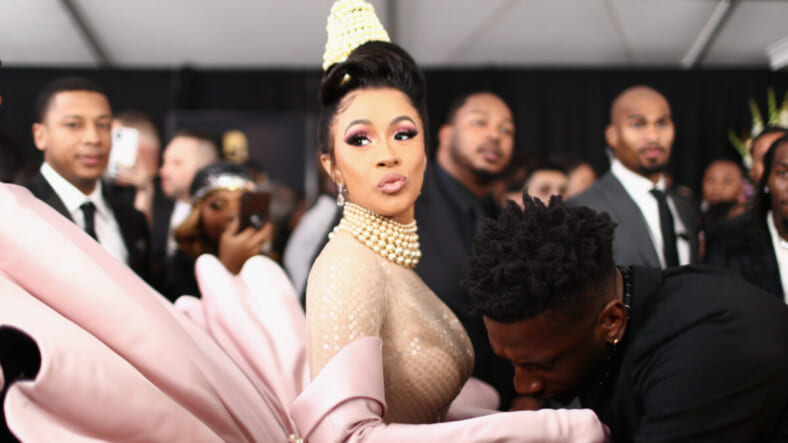 Cardi B and Travis Scott will blaze the Benjamin Franklin Parkway as headliners for Jay-Z’s Made in America festival in Philadelphia, during Labor Day weekend, Philly.com announced.

It seems that despite her recent controversy Cardi is still reigning supreme and will take center stage at the eighth edition of the festival, Aug. 31 and Sept. 1.

“A primary goal of Made in America is to have a positive impact on the communities involved,” the announcement reads. “Since the inaugural two-day concert in 2012, the event has generated $102.8 million in economic impact for the city.”

The festival is taking over Philly again especially since the city has musical relevance. From the Gamble & Huff and the world-famous “Sound Of Philadelphia,” to the soulful, genre-bending sounds of Hall & Oates, to Hip-Hop pioneers DJ Jazzy Jeff and The Fresh Prince, Philly music is renowned locally and worldwide.

And many of the city’s homegrown talents embrace what opportunities that Made In America can bring to the city and its creative class.

According to the outlet, other performers include James Blake, Juice WRLD, Anderson . Paak, Jorja Smith, Kaytranada, Freddie Gibbs, Tierra Whack, Channel Tres, Kodak Black. And if you can’t make it, Tidal is live streaming. Tickets are on sale now for Tidal subscribers; tickets for the general public go on sale April 5.

PHILLY!! ARE YOU READY FOR @trvisXX, @iamcardib AND MORE?? Presale for #MadeInAmerica 2019 is available now for @TIDAL members! ?https://t.co/kLCKsx9fnv pic.twitter.com/MzXihBVQEB

JAY-Z was this year’s recipient of the coveted President’s Award, presented by NAACP President Derrick Johnson. The President’s Award is presented in recognition of a special achievement and distinguished public service. Past recipients include Jesse Jackson, Lauryn Hill, Soledad O’Brien, Colin Powell, Condoleezza Rice, and Muhammad Ali among others.

When Hov took the stage, Beyonce was all smiles as she applauded him from the crowd before he delivered an inspirational acceptance speech and dedicated the award to his 93-year-old grandmother, Hattie White and quoted Abraham Lincoln.

“It’s not the years in your life that count. It’s the life in your years,” he said before describing his grandmother. “Hattie White, amongst other accomplishments and being super great and very tough, raised seven kids in one little walk up in Brooklyn.”