The announcement comes on International Maternal Health and Rights Day. 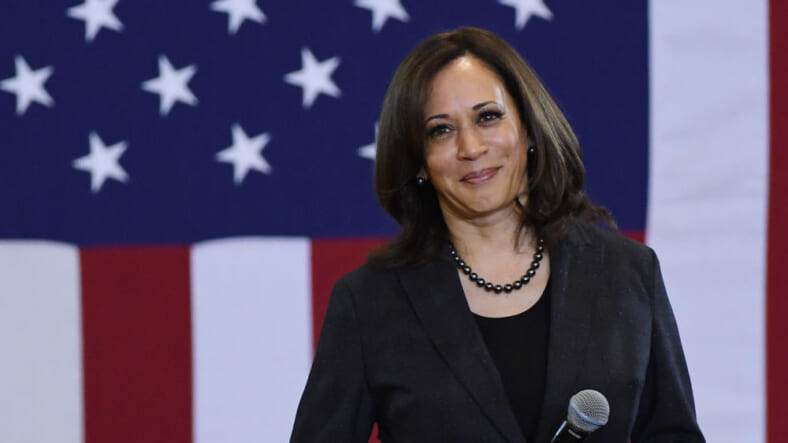 Senator Kamala Harris (D-CA), who is running for president in the 2020 election, just introduced a resolution designating April 11-17 as Black Maternal Health Week. The timing is significant because April 11 is International Maternal Health and Rights Day.

“We applaud Senator Harris on putting forward this critical legislation and appreciate her commitment to ending racial disparities in maternal health care and outcomes,” said Elizabeth Gay, MPH, Co-Director of the Black Mamas Matter Alliance last year at the time the bill was introduced. “Addressing racial discrimination and implicit bias is an important but often overlooked part of improving maternal health in the United States. We are grateful for Senator Harris’ brave leadership.”

Today, while announcing  her resolution to designate April 11-17 Black Maternal Health Week, Sen. Harris shared her thoughts on the issue.

“Black women’s maternal health in the United States is in a state of crisis. It’s time we place widespread focus on the issue of maternal health for Black women and direct resources toward ensuring safe pregnancies and deliveries for all women—especially Black women—and providing training to address implicit bias in the medical profession,” said Sen. Harris in a statement.

Senator Cory Booker (D-NJ), who is also running for president in the 2020 election, is a co-sponsor of the bill. “The maternal mortality rate in our country is tragically high, particularly for black women, who are three to four times more likely to die from pregnancy-related complications than white women.  More must be done to address this public health crisis and unconscionable disparity,” he said.

The resolution reads in part:

“Recognizing the week of April 11 through April 17, 2019, as ‘‘Black Maternal Health Week’’ to bring national attention to the maternal health crisis in the Black community and the importance of reducing maternal mortality and morbidity among Black women.

“Whereas, according to the Centers for Disease Control and Prevention, Black mothers in the United States are 3 to 4 times more likely than White mothers to die from pregnancy-related causes;”

It can be read in its entirety here.