Although the conservative figure is a favorite of President Trump, there are allegations from his past that lawmakers believe won't be forgotten 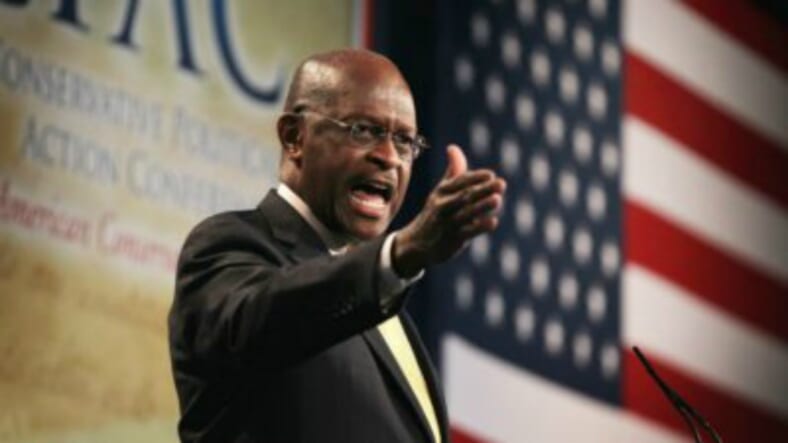 Former Republican presidential candidate and former Godfather’s Pizza CEO Herman Cain is withdrawing his name from consideration for the Federal Reserve Board, ABC News is reporting.

The network says an unnamed administration official and source close to the situation said that Cain was expected to announce in the coming days that he is withdrawing his name from consideration for the board opening.

Senate Republicans have expressed concerns over Cain’s support for slashing interest rates and also worry that he would not pass muster with a background check that might force sexual harassment allegations to resurface, according to ABC. Cain’s bid for the White House in 2012 came to a halt after two women claimed Cain sexually harassed them when they worked for the National Restaurant Association, where Cain was president and CEO.

At the time, Cain said the allegations were false but acknowledged that he’d “made mistakes” in his life.

Last week, TheGrio reported that President Trump told reporters he would nominate Cain for the role and that he referred to cain as a highly respected man.

Cain, 73, has been a big supporter of Trump and launched a pro-Trump political action committee — America Fighting Back PAC — in 2018.

Larry Kudlow, White House economic council director, told ABC News that the president is sticking by his plans for now.

Trump told reporters that it would be Cain’s decision for now as to whether his nomination should remain intact.

“Well, I like Herman Cain and Herman will make that determination,” he said.

Cain served in a variety of Federal Reserve roles in Kansas City between 1989 and 1996.

A potential nomination to the Federal Reserve would require confirmation by the U.S. Senate and this means that the former sexual harassment allegations made against Cain would likely have come up.

READ MORE: Herman Cain defends Ben Carson — ‘They did the same thing to me’