Florida rapper arrested after discovery of lyrics that threaten mass shooting at Univ. of Florida 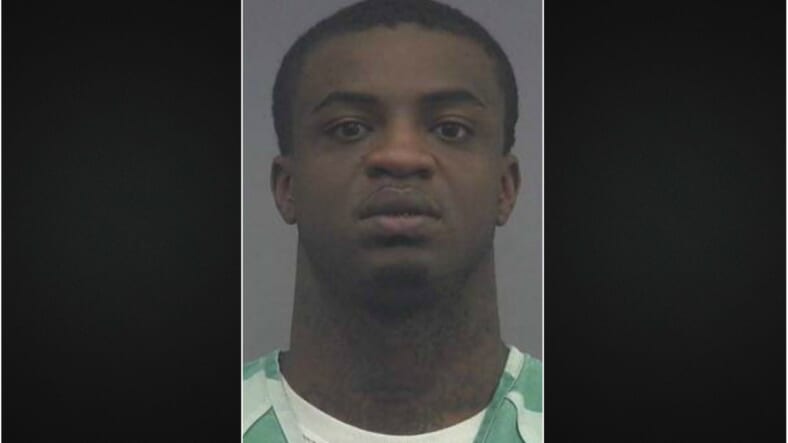 Ocala, Fla., rapper Christopher McCallum, known by his hip hop moniker, JunJun McCallum, has been arrested after the discovery of lyrics that threaten a mass shooting at the University of Florida, Gainesville station WJCB is reporting.

Authorities discovered the lyrics in a video that McCallum, 26, posted to Facebook on March 22, according to the station. The song also mentioned the possibility of violence at a downtown Gainesville nightclub on March 23rd, the same night that rapper Kenyatta Bullard, also known as Yungeen Ace, was scheduled to perform.

READ MORE: Study says impact of Philadelphia gun violence is like having a daily mass shooting

Law enforcement told WJCB that the song refers to a feud between people from the Florida Ocala Shores, Fla., and Gainesville and specifically mentioned the March 23rd concert as a location for retaliation.

McCallum then threatens one of the groups of people and says he would “catch you at a Gator game shoot the whole campus up.”

Threatening a mass shooting is a crime in Florida.

McCallum’s case has similarities to one being reviewed now by the U.S. Supreme Court in which Pennsylvania rapper Jamal Knox, also known as Mayhem Mal, is accused of making terrorist threats against two law enforcement officers in a video.

In the Knox song, he says, “Let’s kill these cops cuz they don’t do us no good,” and then he names two officers, the Gainesville Sun reports.

READ MORE: Black security guard subdues gunman and gets killed by police arriving on the scene

Knox was found guilty in a nonjury trial and a state appeals court upheld the conviction, ruling that the lyrics were not protected by the First Amendment because they crossed a threshold known as the “true threat doctrine,” according to the Sun.

Clay Calvert, a First Amendment expert at the University of Florida, told the newspaper that it is not unusual for rap music to stand at the center of legal questions.

“People who listen to rap music understand lyrics are not always supposed to be taken literally, and rappers often take on personas, often violent ones,” Calvert said.