Cardi B appeared in court on Friday, where she rejected a plea deal regarding her alleged involvement in a New York strip club brawl last year. 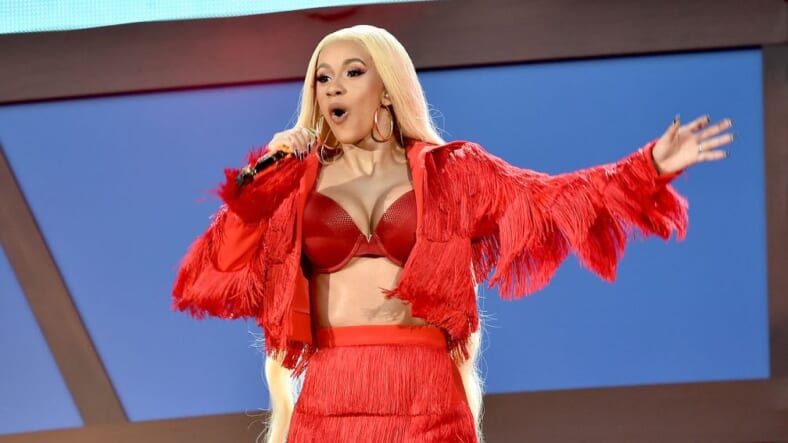 Cardi B appeared in court on Friday, where she rejected a plea deal regarding her alleged involvement in a New York strip club brawl last year.

According to WPIX New York, Cardi B, real name Belcalis Marlenis Almánzar, refused to plead guilty to a Class A misdemeanor. Had the 26-year-old rapper accepted the deal, she would have received a conditional discharge. Cardi B took to Instagram to show off her court-attire and looked pretty unbothered.

Back in August, Cardi was allegedly involved in a brawl with two other bartenders, sisters Rachel Wattley and Sarah Wattley, at Angels Gentlemen’s Club in Flushing, New York. According to WPIX, police say Cardi threw chairs and liquor bottles at the alleged victims, after suspecting that either one or both sisters were sleeping with her husband, Migos rapper Offset.

After a warrant was issued for her arrest, Cardi turned herself into police custody in October. The Please Me, artist was then ordered to sign renewals of two protection orders that stop her from contacting her accusers – even on social media.

In December, Cardi faced a potential arrest after failing to show for her hearing. Later that same week, the actress barely arrived to court just moments before her scheduled arraignment hearing, escaping jail time.

Read more: Offset and Cardi B throw a nod to Janet and Busta Rhymes in new video

Cardi was ordered back in court on Jan. 31. While leaving the courtroom, Cardi was informed by a reporter that she’d received five Grammy nods during the morning of her hearing. She later gushed on Instagram: “What a way to find out i got 5 Grammys nominations I’m tellin you my life is a movie.”

Cardi is currently being charged with misdemeanor assault and reckless endangerment. She is due back in court next month.