Whitney Davis, who was a veteran executive with the network for years, opens up about the situations that ranged from racially awkward to flat out racist that she experienced 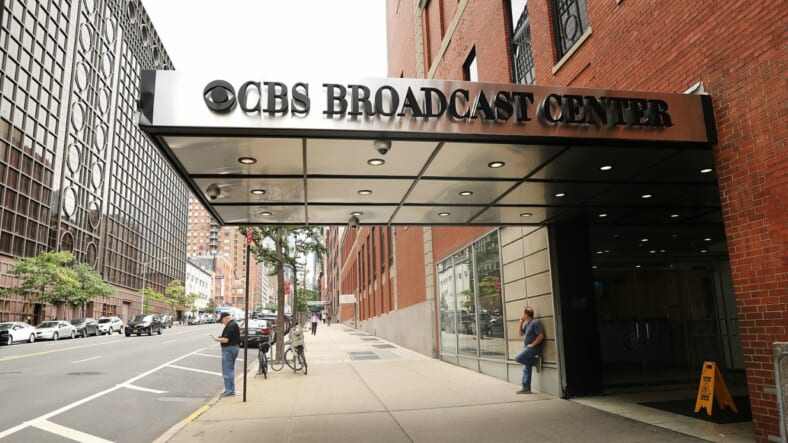 Former CBS executive Whitney Davis, a Black woman, has written a lengthy piece for Variety in which she outlines her years at the network as toxic and racially charged.

Davis writes that the beginning of the end came after she spoke with investigators as CBS was looking into alleged sexual misconduct by former CEO Les Moonves.

“In that heart-wrenching two-hour interview, I talked about a workplace fraught with systemic racism, discrimination and sexual harassment,” she wrote.

She assumed she would hear back from investigators but then learned the investigation was closed.

“It was then that I realized what I had long tried to ignore — CBS has a white problem,” she wrote.

In February, Whitney Davis decided to part ways with CBS after 13 years. In an op-ed for Variety, Davis details the alleged racial and sexual harassment she endured while at the company https://t.co/kWrW2tn4cL pic.twitter.com/myUr1Mskpa

Davis began at the network as a recent college graduate taking on an entry-level position with CBS Evening News.

She recalled a white coworker sharing with her back then, “My daddy has f—ed Black women and he loved it.”

Davis and another Black woman worked in production on the show and held the lowest ranking positions. Coworkers couldn’t keep their names straight, so they called both of them “We-Dra” for Whitney and Deidra. In every job she’s had for the network, in fact, she has been confused for another Black woman employee, she wrote for Variety.

“I don’t think most people understand just how demeaning these daily micro-aggressions are,” Davis wrote. “Or maybe they do and don’t care.”

By 2009, Davis was one of three journalists hired for the newly created digital journalist unit. National editor Bill Felling walked into the newsroom one day and asked Davis’ two white male colleagues if they could travel to cover a story. Both said they could not. Felling never asked Davis if she could go.

She went to Felling’s office and told him she was ready to cover the assignment.

Felling replied, “I’m not going to waste the company’s money for you to go there and fail.”

A year later, when a white female coworker used the n-word in her presence, she complained to human resources and was advised she should have thicker skin.

Over the years, Davis said she endured being passed over, being the only Black person in multiple meetings and repeatedly being mistaken for other Black employees. She listened to an “Aunt Jemima” joke made in her presence and at one gathering, was called the same wrong name three times — even after the coworker was corrected. Last July, she took medical leave for what she thought was postpartum depression.

“I’ve since learned the source of my anxiety and stress was CBS’ toxic work environment,” she wrote.

Davis then opted to leave the company.

The network responded, saying the Black woman was a “valued team member” during her time with the company.

“While we disagree with some statements in Whitney’s story, we take all employee concerns seriously and remain committed to improving the workplace experience for everyone,” CBS said in a statement shared with Variety.