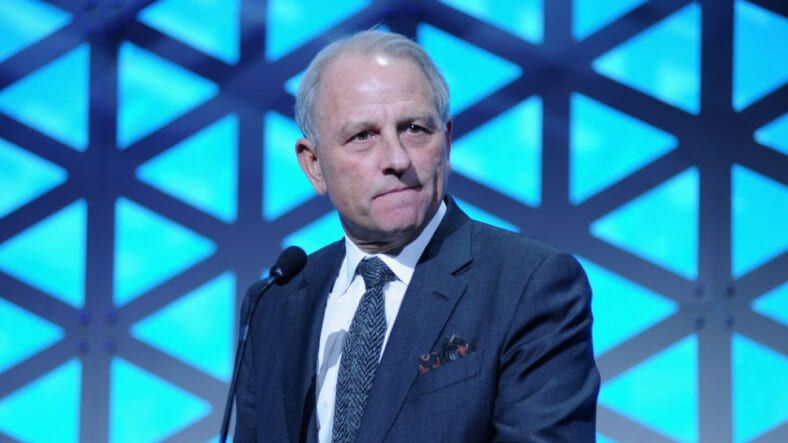 speaks on stage during The 77th Annual Peabody Awards Ceremony at Cipriani Wall Street on May 19, 2018 in New York City.

CBS correspondent Jericka Duncan says that days before 60 Minutes producer Jeff Fager was fired amidst sexual harassment allegations, he sent her texts with threatening language because she was investigating the claims.

“CBS terminated my contract early because I sent a text message to one of our own CBS reporters demanding that she be fair in covering the story,” wrote Fager. “My language was harsh and, despite the fact that journalists receive harsh demands for fairness all the time, CBS did not like it. One such note should not result in termination after 36 years, but it did”

On Wednesday afternoon, Duncan acknowledged that the journalist Fager referenced was her and she promised to share more during during the CBS Evening News.

Many people have asked if the text Jeff Fager referenced was to me. It was. I’ll have more reporting on this tonight @cbseveningnews @jeffglor

“Since Jeff Fager publicly referred to our exchange today, I want to be transparent about it,” said Duncan on the show.

.@jeffglor to @Jerickaduncan: “…You have been on this since the beginning. You have done great work. It’s difficult enough without dealing with this. That message was unacceptable. I think it’s important for you to know…that the entire team at Evening News supports you 100%.” pic.twitter.com/E43JYHad9t

“If you repeat these false accusations without any of your own reporting to back them up you will be held responsible for harming me,” Fager said in one text.

“Be careful. There are people who lost their jobs trying to harm me and if you pass on these damaging claims without your own reporting to back them up that will become a serious problem,” he said in another.

Fager sent Duncan the texts in response to her reaching out to inquire about the sexual harassment allegations against him. An investigation revealed 19 women who said 60 minutes provided for a hostile work environment and some specifically detailed interactions with Fager involving unwanted touching.

Former intern Sarah Johansen says Fager grabbed her behind at a party. Les Moonves was stepped down from his role as CBS CEO after a dozen women accused of sexual harassment and assault.