Jack Dorsey met with the president on Tuesday and discussed social media and opioid abuse. 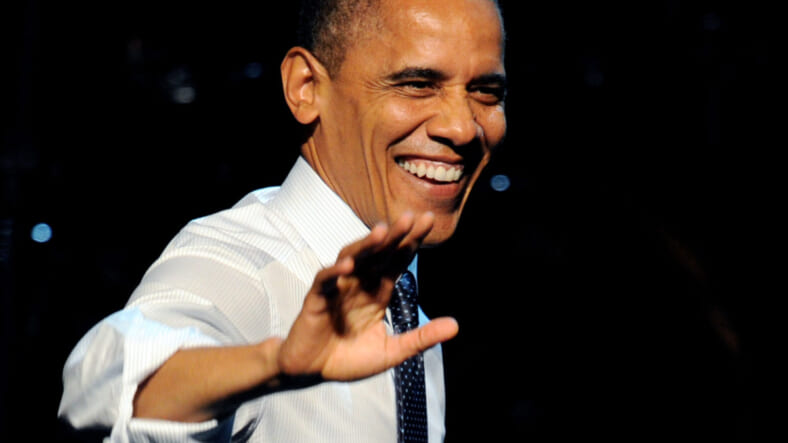 President Donald Trump’s got 99 problems and Obama’s Twitter count is one.

Trump’s got a million things to do, but instead, he’s worried about the 106 million Twitter followers former President Barack Obama has, which beats out the just under 60 million he currently has.

On Tuesday, Trump met up with Twitter CEO Jack Dorsey to cry foul and throw a tantrum about Obama’s online clout.

Sadly a “significant portion” of the meeting, Trump criticized Twitter of taking his followers away, The Washington Post reported.

Trump spent an “inordinate amount of time complaining about his lost followers,” according to The Daily Beast.

Dorsey reportedly did his best to explain to Trump that the followers he so-called lost were fake accounts. Dorsey said that Trump has a lot of bots and spam accounts following him that had to be purged.

Dorsey reportedly had prepared to talk about the company’s efforts to fight the opioid epidemic but it was more heavily centered instead on Trump’s gripes.

“Trump has repeatedly griped to associates about how Obama has had more Twitter followers than he has,” two sources close to Trump told the outlet, “even though — by Trump’s own assessment — he is so much better at Twitter than Obama is.”

Ahead of the meeting with Trump, Twitter employees received an email from Vijaya Gadde, Twitter’s global lead for legal, policy, and trust and safety, to inform them about the Oval office meeting and its purpose to discuss “the health of the public conversation on Twitter.”

According to Motherboard, Dorsey himself explained, “As you know, I believe that conversation, not silence, bridges gaps, and drives towards solutions.” Dorsey pointed out that he had met “with every world leader who has extended an invitation to me, and I believe the discussions have been productive, and the outcomes meaningful.”

“In the end, I believe it’s important to meet heads of state in order to listen, share our principles and our ideas,” Dorsey explained.

The meeting happened days following Twitter’s efforts to rid the platform of bots by suspending 5,000 accounts that were believed to be associated with “#RussiaGate”.

Great meeting this afternoon at the @WhiteHouse with @Jack from @Twitter. Lots of subjects discussed regarding their platform, and the world of social media in general. Look forward to keeping an open dialogue! pic.twitter.com/QnZi579eFb