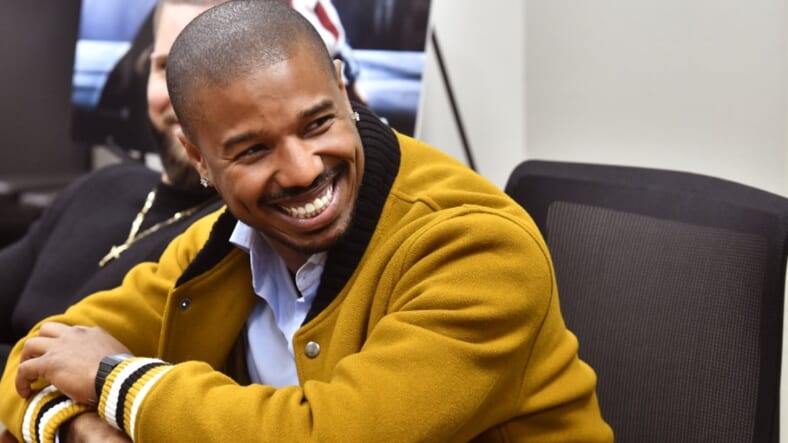 Michael B. Jordan has proven time and time again that he’s the good guy, despite his popular on-screen role as Killmonger in Black Panther.

He’s got a soft spot for kids, and this past weekend he showed up to support the L.A. Family Housing organization at their 20th annual awards gala and fundraiser and helped to raise nearly $2 million for families in need of permanent housing, according to The Hollywood Reporter.

—Biden: ‘I take responsibility’ for treatment of Anita Hill during Thomas hearings—

Along with WWE superstar Ronda Rousey, Jordan joined in the festivities and lent his support at The Lot in West Hollywood.

“People who are homeless are not less than,” said Jordan. “Homelessness is not the result of someone’s mistakes. It’s the result of a broken system, people falling through the cracks, racism and discrimination, lack of unaffordable housing and years of unfair pay.”

“Homelessness is the defining moral issue of our time,” L.A. County Supervisor Mark Ridley-Thomas. “It is that which will leave a civic legacy to generations to come unless we have more energy, more work, more imagination, unless we face this crisis.” Ridley-Thomas received the RBC|City National Bank Inspiration Award.

The monies raised will go to support finding homes and offer services for some of the city’s 53,000 homeless.

“Homelessness in Los Angeles is a full-blown humanitarian crisis. And I don’t use that term lightly,” said Rich.

“If 53,195 people, almost 5,000 of them children, were left without shelter, medical care, sanitation, food, and basic human needs, from a hurricane, an earthquake, an act of terrorism, people would do something about it. You know this. It would be 24-hour news, the Red Cross would swoop in, the government would act. Doing nothing would be completely unacceptable. Allowing the problem to grow more severe would never be tolerated.”

The money poured in at the fundraising auction too. For instance, you could pay $7,000 for a Crazy Rich Asians-inspired Singapore vacation or a Lady Gaga concert in Las Vegas. And there was a $15,000 sports package up for grabs that featured tickets to the Rams, the Kings, and the Lakers games.

The L.A. Family Housing is in the process of developing a 50-unit project named Residences on Main. They broke ground on the project in April to help homeless families with housing.