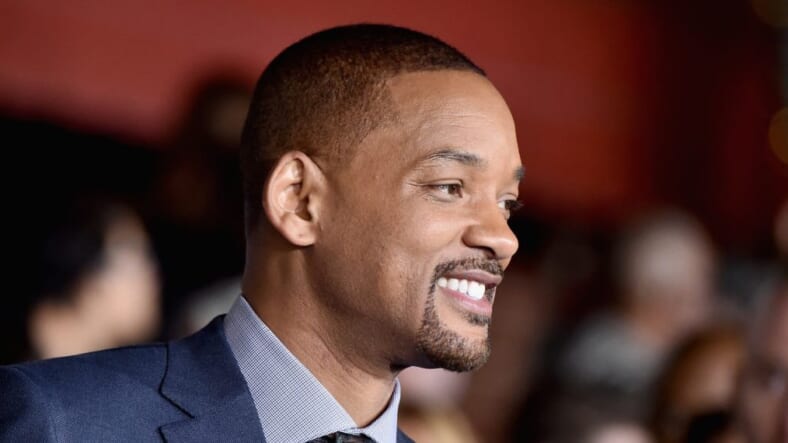 Duane Martin borrowed $1.4 million dollars from his buddy Will Smith because his home was in foreclosure, but Smith’s team was hesitant about the impending transaction which they thought could be a PR nightmare for the international star, according to new emails, The Blast reports.

In fact, Martin’s whole ordeal didn’t sit well with Smith’s team, according to unsealed court documents involving Martin’s bankruptcy case that resulted in the trustee suing him for covering up his assets.

The deal was that Martin needed the cash to get his massive L.A. mansion out of foreclosure so he asked his rich friends, Will and Jada Smith to lend a hand with a loan. Smith even offered some alternatives to the big ask, by suggesting that he buy Martin’s home and allow him and his wife Tisha Campbell, live in it rent-free.

But Martin has his own ideas and he and Smith’s team went back and forth in a number of emails from 2012, trying to hash out the terms of the deal that became “chaotic.” That’s because Martin pressed Smith’s team for the loan, as they warned against it and how it could put Smith in the middle of a mess.

Smith’s team wasn’t on board with Martin’s “questionable structure of the transaction” and they had doubts about the true intent of the loan.

“This is both a PR risk and a legal risk for WS,” one of Will’s advisors wrote in an email. “No PR nightmare can and will happen here.”

But being a good friend, Smith gave Martin the $1.4 million anyway.

Then in 2018, Martin couldn’t just be grateful that his friend helped him before, he reached out to Smith’s team again.

This time, Smith’s team told Martin to unload the troublesome home by selling it and repaying Smith and then lease it for a year. Martin feeling some kind of way, questioned whether the idea actually came from Smith himself or from the team with Smith’s input.

They responded saying it was Smith’s idea.

In July 2018, Smith’s team at this point sent an email trying to wrap up all loose ends in the house saga.

“The point is to SIMULTANEOUSLY Get the books cleared while Helping Shake transition,” Smith’s advisor wrote. “Shake” is a nickname for Duane.

Well, things almost were set for Martin until he and his wife Tisha Campbell-Martin filed for bankruptcy and then all of their assets had to be laid out for the court to see.

However, Martin didn’t want the courts to see everything and hid the home by not listing it as an asset on bankruptcy paperwork. His ex, however, told on him and revealed to the trustee that Martin hid the home. Martin was then sued by the trustee and ordered to turn over the house to pay his creditors back.

It was revealed that Martin hid assets of $2.6 million under a company named Roxe LLC, the outlet reports.

Then Martin and his wife entered a lease agreement with Roxe LLC and paid $5,000 a month rent.

Ultimately Martin had a plan to sell the home for $2,695,000 and listed it. He allegedly intended to pay the Smiths back their cash and pocket the rest. But the plug was pulled from his plan.

In the end, Smith was pulled right into Martin’s mess like his team thought he would be and he was subpoenaed in February to turn over all financial records and private emails and texts with Martin.

The case is still ongoing and the trustee is gearing up to prove Martin committed fraud.