Still committed to hiring Black women, her sister Reina King will have a lead role in producing 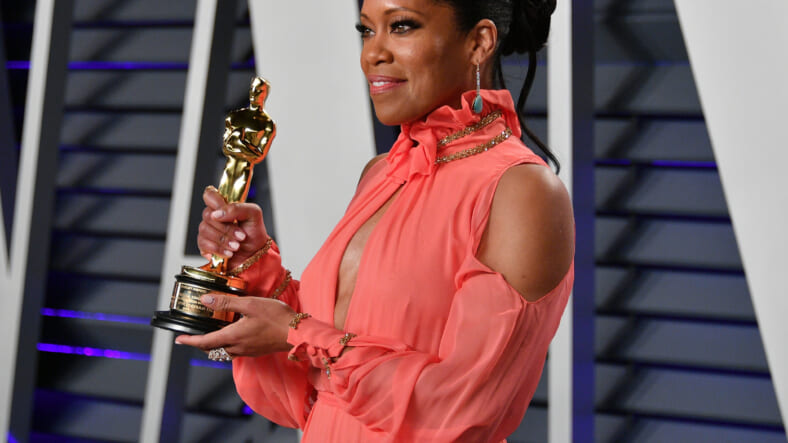 The director, producer, and award-winning actress has already been recognized for her talent many times this year. She was named Time Magazine’s most influential people of 2019 and she won an Academy Award for best supporting actress for her role in the film If Beale Street Could Talk. And now, Netflix has recently announced that the multi-talented entertainer just signed a first-look deal with the streaming service.

According to a press release, King will produce films and series for Netflix. Reina King, her sister, will work as head of the production.

“Regina King is a multi-faceted talent both behind and in front of the camera. She’s been a trailblazer for years, with boundless creativity and impeccable taste in projects, and we couldn’t be more thrilled that she will bring her formidable talents to Netflix,” said Chief Content Officer of Netflix, Ted Sarandos said.

Beale Street… was not the only splash she made last year.

King also received an Emmy Award in 2018 for outstanding lead actress in a limited series or a movie in for her role as Latrice Butler in Netflix show, Seven Seconds.

King has been dominating the film industry for many years. She has directed popular shows such as This is Us, The Good Doctor and Insecure.

“I am beyond thrilled to join the Netflix family,” King said. “They are at the top of their game and as an artist I am so excited to come play in this wonderful sandbox they have created for storytellers.”

King has also starred as popular films in Black cinema such as How Stella Got Her Groove Back, Friday and Boyz N the Hood, to name a few.

Be on the lookout for King in her upcoming project with HBO, Watchmen. She will play the lead role in the series, which is based on the DC comic book.